As part of the budget Gov. Tom Wolf approved in June, millions of additional dollars will flow into a fund for affordable housing.

Lawmakers increased a cap on dollars that can be transferred into the Pennsylvania Housing Affordability and Rehabilitation Enhancement Fund (PHARE) from $25 million to $40 million a year.

That doesn’t mean the fund will receive the full $40 million annually.

How much realty transfer tax money will actually end up in PHARE depends on a formula that remains unchanged. But with a strong real estate market, lifting the cap is expected to add millions of additional dollars to the fund.

Without a cap, an additional $9.1 million would have been available to organizations that applied for funds in fall 2018 — just under $35 million total, rather than the $26.6 million actually awarded.

More than 130 projects were awarded that money for everything from renovating affordable apartments to building a tiny home village for homeless veterans.

That flexibility is what makes the program so popular, said Phyllis Chamberlain, executive director of the Housing Alliance of Pennsylvania.

“Communities can determine their own most pressing needs and apply for funding to address that particular issue,” she said.

The cap was increased as part of the budget process. The change was inspired by legislation introduced by Sen. Art Haywood, D-Philadelphia, and Sen. Elder Vogel, R-Lawrence, which proposed to lift the cap entirely.

Chamberlain said increasing the cap won’t address the entire affordable housing crisis in Pennsylvania, but it will make a “significant dent.”

Senate Democrats held a media call last Monday to tout the investment and present it as one way to fill a gap left by the elimination of General Assistance, a cash stipend program for very poor Pennsylvanians.

In January, Wolf proposed transferring $50 million that could be spent on General Assistance to PHARE. Advocates for the poor rejected the idea, saying the population served by the program needs some access to cash to buy toothpaste, toilet paper, and other essentials not covered by food stamps.

General Assistance was eliminated in a budget bill supported by most legislative Republicans and signed by Wolf.

“… Even though the Legislature eliminated General Assistance, I made sure to include an additional $15 million for low-income housing assistance,” Wolf said in a statement. “This will help a lot of the same individuals who previously received General Assistance from the commonwealth.”

Pat Albright of the Pennsylvania Poor People’s Campaign isn’t buying Wolf’s rationale. She and about a dozen other people protested outside of Wolf’s York home to demand the governor save the program.

“Gov. Wolf promised me that he would defend [General Assistance] and he did not,” she said in an email. “His inaction is inexcusable. Human lives are at stake. As we’ve pointed out, people will die. As I told Governor Wolf outside of his home, I would not have survived without General Assistance. Apparently the lives of those of us on GA are considered dispensable.”

In addition to Haywood and Vogel’s legislation, the Housing Alliance of Pennsylvania also pushed for passage of a bill to create a state low-income housing tax credit modeled off a federal program.

While it didn’t happen as part of the budget process, Chamberlain said the alliance will continue to advocate for the legislation this fall. 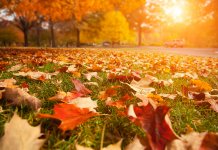 Millions of additional dollars will flow into affordable housing projects as part of Pa.’s new budget