April 2 marks Equal Pay Day in the United States, an occasion that calls attention to the fact that women in America earn less on average than men.

According to the National Committee on Pay Equity, the symbolic holiday indicates how long a woman has to work into 2019 to earn what an average man earned in 2018.

Data from the National Partnership for Women & Families show that the average full-time working woman in Pennsylvania earns 20 percent less than a man — a figure that puts the state in line with the average national pay gap. The disparity worsens, however, among women of color.

A handful of bills circulating in Pennsylvania’s General Assembly would combat workplace pay disparities and ensure that women command fair pay for their work. Here’s a look at what lawmakers are proposing this session.

Democratic Sens. Steve Santarsiero, of Bucks County, and Maria Collett, of Montgomery County, said in a press release Monday that their forthcoming bill would broaden the scope of current law to include more employees and benefits; protect employees from retaliation when they inquire about wage information; and allow workers to collect unpaid wages when an employer is found to violate the law.

“The gender wage gap is the result of many factors, including occupational segregation, bias against working mothers, and direct pay discrimination,” the senators wrote in a memo describing their bill. “The bottom line is, when an employee works hard and follows the rules, they should earn the same amount as their colleagues for doing the same job.”

A question about salary history “traps women in a cycle of being underpaid, causing them to disclose previous wages which may have been significantly lower than they should have been,” Wolf said when he signed the order. “It just perpetuates the cycle.”

A bill introduced this year by Sen. Judy Schwank, D-Berks, would replicate Wolf’s pay history policy across the state, making it illegal for any employer to ask employees how much they earned at previous jobs.

Under Schwank’s bill, Pennsylvania employers could not require job applicants to disclose their prior wage histories, use wage histories to set workers’ wages, or prohibit workers from discussing their pay with one another.

An identical bill Schwank introduced last session did not advance through any Senate committees.

A forthcoming bill from Sen. Christine Tartaglione, D-Philadelphia, would make it illegal for any employer to discriminate when awarding employee salaries.

Tartaglione said in a memo that her bill is aimed at closing the gender pay gap, and would require employers to justify salary offers based on seniority, merit, productivity, education, training, or experience.

A similar bill in the House was introduced this year by Rep. Maria Donnatucci, D-Philadelphia. In addition to outlawing discriminatory pay, that measure would also establish an Equal Pay Commission to study the gender pay gap in Pennsylvania.

Advocates for a higher minimum wage and higher pay for teachers have framed both policies as a pay raise for women and people of color.

Wolf has proposed gradually raising the state’s minimum wage to $15 an hour, more than double its current rate of $7.25. Wolf and others — including 38 economists and other academics who signed a letter in support of the proposal last month — point out that most adults working low-wage jobs are women.

Wolf also proposed this year raising teacher salaries across Pennsylvania to at least $45,000 per year. The current minimum salary for teachers is $18,500, a rate that was set in 1989.

Even though no teachers currently earn that low wage, according to the Pennsylvania State Education Association, more than 3,000 teachers do earn less than $45,000. Seventy-six percent of the teachers who would benefit from the salary increase are women, the union says. 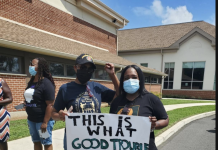 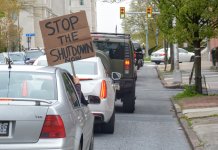