From 2010-2020, Pennsylvania saw a 4 percent increase in the total number of households in the commonwealth, a 3.8 percent change, according to Pew data

(Photo via The Philadelphia Tribune)

With newly analyzed Census data in hand, the team at the Pew Research Center released a report in October detailing the declining rate of household growth in the United States.

The report noted that household growth declined 36 percentage points from 45 percent growth in 1860, when record keeping on growth first began, to 9 percent in 2020. 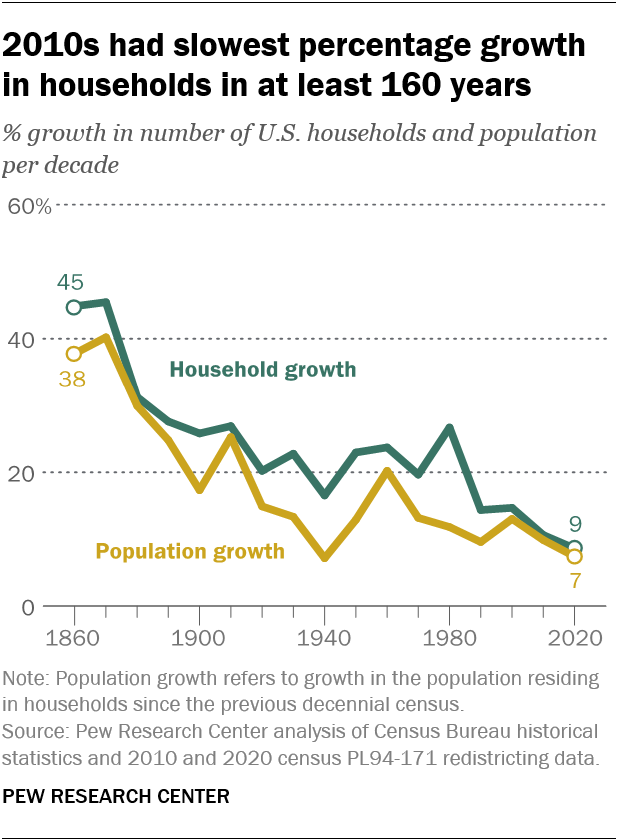 The study also found that white (53.3 percent) and Black (55 percent) adults were more likely to live in separate households than Hispanic (42.2 percent) or Asian (41.9 percent) adults.

From 2010-2020, Pennsylvania saw a 4 percent increase in the total number of households in the commonwealth, a 3.8 percent change, according to Pew data.

Research experts at Pew noted that many factors could be contributing to this slow growth, including rising housing costs, lagging population growth, and an increase in multigenerational households.

As of 2018, one in five Americans lived in a multigenerational household, accounting for 64 million Americans living arrangements.

The dwindling rate of household growth has an impact on the economy, according to Pew, which noted that it can affect the demand for housing and diminish spending on household items such as furniture and appliances.