After an intense and dramatic debate, the Republican-controlled state Senate voted 26-24 Wednesday to approve a bill that eliminates a cash assistance program for disabled Pennsylvanians, people in treatment for addiction, and domestic violence survivors.

It now goes to the desk of Gov. Tom Wolf.

At times, the Senate floor broke into total chaos, with Majority Leader Jake Corman, R-Centre, shouting at Lt. Gov. John Fetterman, a Democrat, to “follow the rules” after he allowed Sen. Katie Muth, D-Chester, to speak after a motion was made.

Fetterman, who presides over the Senate, appeared to ignore Corman, as the lawmaker screamed, “This is your job! Do your job, Mr. President!”

“The chair continues to acknowledge Sen. Muth,” Fetterman said, as Corman called on him to answer a point of order.

I stood up to read the story of Mr. Boyd, a brave man I met yesterday who relies on the General Assistance program. I won’t back down to bullies or those who try and harm others. Shame on those elected officials who voted to strip away these vital resources! #Shame #MoralBudget pic.twitter.com/sryfrdNKNQ

“Your job is to enforce the rules of the Senate, not to be a partisan hack!” Corman yelled.

Sen. Vincent Hughes, D-Philadelphia, kicked off the debate by offering an amendment to maintain General Assistance benefits for people fleeing domestic violence. The program, eliminated in 2012 and brought back in 2018 following a state Supreme Court decision, provides roughly $200 in cash each month to vulnerable populations.

Senate Democrats were prepared to offer 22 additional amendments to extend cash benefits to other populations served by the program. But they were shut down by a motion from Corman.

That motion led to shouts from the Democratic side of the chamber, with Senate Minority Leader Jay Costa, D-Allegheny, yelling that shutting down debate would deprive thousands of Pennsylvanians from having their voices heard.

At one point, after Fetterman left the rostrum, Senate President Pro Tempore Joe Scarnati, R-Cameron, took the gavel and proceeded with Corman’s motion.

Actually, Mr. President Pro Tempore, the President of the senate made a good faith outreach to you and the leadership to broker a dignified conclusion to the debate.

Lamentably, you and your side chose a different path. https://t.co/jXs3sLiZRZ

“You cannot hijack the Senate!” one Democratic member was heard yelling.

Democrats left the floor, while Republicans proceeded to vote on the motion. The 28-member GOP caucus represents a quorum under Senate rules.

Costa and other Democrats addressed reporters outside the lieutenant governor’s office after they walked off the Senate floor, where they excoriated their Republican colleagues for cutting the debate short.

“There should be a public outcry over what happened here today,” Hughes said. “They were fearful and afraid of public dialogue, so they shut it off.”

Costa said the action by Senate Republicans to end debate on the bill was “unprecedented.”

That every single Republican member stood to support the motion, Costa said, sends a message to the people of Pennsylvania “that they don’t care” about General Assistance recipients. He said repealing the program in a year that Pennsylvania is generating a surplus was “unconscionable” and “disgusting.”

“It is immoral and cowardly to take away $200 a month [in benefits] when we can collect two days of per diem that’s worth more than that,” said Muth, referring to the per diem allowance lawmakers can claim for work-related food and lodging expenses.

Republicans held their own press conference to decry Fetterman’s actions.

“Today the floor of the Senate was ambushed and hijacked,” Scarnati said. “Today we saw what happens when rules aren’t followed. Chaos takes over.”

Scarnati typically only presides over the Senate in Fetterman’s absence. But he said Fetterman’s failure to enforce parliamentary rules during a heated debate Wednesday forced him to take control.

The bill advanced Wednesday does not just eliminate the cash assistance program. It also reauthorizes and expands a Philadelphia hospital assessment that nets the city and state more than $100 million a year and expires June 30.

That amount would rise to $200 million annually beginning in July, according to a spokesperson for the Department of Human Services.

One top Democrat described that provision — added as an amendment in the House Appropriations Committee last week — as a “Faustian bargain.”

It’s unclear what Wolf will do.

On a public radio call-in show, he called the amendments a “smart tactic.” A spokesperson for the governor said Wolf will consider the bill “once it reaches his desk.”

“My hope is that the governor stands tall and says this is not something we should be passing,” Costa told reporters. “My hope is he understands the position they put us in, and that in both the House and the Senate that we take steps to address that.”

He added that he recognizes there’s a “significant amount of money” for Philadelphia on the line. “But i’m focused today on what our members were denied the opportunity to do.”

The drama began even before the Senate session did.

More than a dozen members of the Pennsylvania Poor People’s Campaign attempted to protest the vote from the Senate gallery, a seated balcony where spectators can watch floor proceedings.

Campaign co-chair Nijmie Dzurinko said that Senate security officers intercepted five protesters as they attempted to unfurl a banner over the balcony railing and lead protest chants. A security staffer said they violated chamber rules by interrupting the functions of the Senate.

Some members of the Poor People’s Campaign said they were ejected even though they weren’t participating in the protest. Joseph Woodruff, who came from Philadelphia to watch the vote, said he was sitting quietly in the gallery when security officers asked him to leave.

The group continued to chant “Shame! Shame! Shame!” outside the Senate gallery door and could be heard in the chamber as senators debated the bill. Dzurinko said they stopped at the request of Senate Democrats, who said the chants made it hard to hear proceedings.

Another group of General Assistance supporters watched the debate from Muth’s office, after spending the day lobbying lawmakers to preserve the program and handing out bars of soap — an item they say is commonly purchased with cash assistance dollars.

Linda, a former General Assistance recipient who was recently approved for Social Security disability benefits, said she was “ashamed and embarrassed” by the senators. Because of the sensitivity of the matter, the Capital-Star is identifying her by her first name.

“What they did was childish up there,” she said.

Two years ago, Linda was in a car wreck that sent her life in a downward spiral. With no vehicle and no income to pay rent, the relative she lived with in Philadelphia told her she had to leave.

Before the accident, she worked as a pharmacy technician for 26 years. Last year, she ended up in a homeless shelter.

“I knew nothing about being homeless,” Linda said through tears Wednesday at the Capitol. “I was vulnerable, scared. Yeah, I was pathetic, because I didn’t know the unknown.”

Things got worse. The shelter she went to didn’t have a bed for her, so she slept in a chair, she said. That led to a serious bacterial skin infection and a stay in Hahnemann University Hospital.

Linda’s trip to the Capitol was supported by Project HOME, a Philadelphia-based nonprofit that serves the homeless. The organization also helped Linda apply for General Assistance, which she began receiving in November.

She used the small cash stipend to buy a phone so she could stay in touch with relatives, pay for transportation, and buy toiletries like shampoo and soap.

Last month, Linda was approved for federal disability benefits. She said $1,000 of her first check was used to reimburse the state for her time in the program.

That’s a requirement for General Assistance recipients who are approved for Social Security disability benefits, as advocates for the program have pointed out several times during the debate. According to the elimination bill’s sponsor, Rep. George Dunbar, that group represented 20 percent of recipients before 2012.

Linda is now living in temporary housing provided by Project HOME. She would like to one day have an apartment of her own, plus a car and hopefully a dog.

“I want all that,” she said. “I took that stuff for granted before.”

But for the moment, she can’t understand why lawmakers are trying to eliminate the program, especially for people who will eventually reimburse the state. 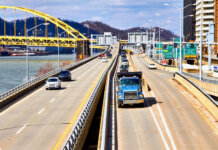