PHILADELPHIA — A Philadelphia nonprofit will convert a vacant property in the Hunting Park neighborhood into affordable housing and commercial space.

The 14-member board of the Pennsylvania Housing Finance Agency, a state-affiliated agency, approved a $700,000 loan on Wednesday to Esperanza to help fund a three-story development at 4615-21 N. 5th St. that will create eight affordable rental units above 4,000 square feet of business space.

Luis Cortés Jr., the founder and president of the faith-based nonprofit, said the $3.2 million project along the 5th Street business corridor was stalled without the funding.

Brian Hudson Sr., executive director of PHFA, said the Esperanza project could act as a catalyst to revitalize the neighborhood. The city, he added, was in desperate need of affordable housing, including workforce housing and access to affordable mortgages.

“We need a lot more of it,” he said. “We have a lot of work to do not just here in Philly but across the Commonwealth.”

Bryce Maretzki, director of policy and planning for PHFA, said Esperanza was selected among applicants who had submitted a request for proposals to the city competing for $1.5 million in PHFA funds earmarked for mixed-use, affordable housing developments.

LGBTQ advocates, allies rally at the Capitol for nondiscrimination law

The board will consider additional projects to fund with the remaining $800,000 in loans, which is distributed through the state’s ReCLAIM program, during the next 12 months, Maretski said.

The project calls for demolishing the four vacant and boarded-up row homes on the property that have been an eyesore along the 5th Street business strip for years, Cortés said. The development will provide two- and three-bedroom units for families earning approximately $10,000 a year, he said.

David Ortiz, vice president of housing and economic development for Esperanza, expected to break ground on the project during the first half of 2020, but the date remains in flux. The project will take approximately nine months to complete.

Millions of additional dollars will flow into affordable housing projects as part of Pa.’s new budget

While the project is relatively small, it will secure low-income housing in an area anticipating a wave of gentrification in the coming years, Ortiz said.

Gentrification was creeping northward from the West Kensington and Fishtown neighborhoods. The Fairhill neighborhood, a low-income area plagued with gun violence, was the last barrier between Hunting Park and those gentrifying areas.

Access to affordable housing has reached a crisis in the city, Ortiz said, adding, “It’s getting worse.” 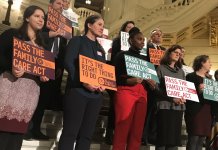 This plan for universal paid family leave in Pa. has bipartisan support. Will it ever become law? 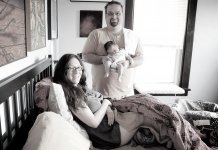 Congress is talking about paid family leave. Will they do anything?