PHILADELPHIA — The condemnation of Philadelphia NAACP President Rodney Muhammad was swift after he posted an anti-Semitic meme on Facebook last week.

State and local leaders and numerous groups have called for his resignation, saying the post was “vile” and “racist.”

But the opinion in the Black community is not so unanimous.

“We have to stop being so eager to tear down our own at the behest of others,” said WURD radio host Solomon Jones.

Diving into the racially charged local issue during his Wednesday morning show, Jones admitted the caricature of a Jewish person in the post was “offensive” and accompanying quote was “wrong” — falsely attributed to Voltaire when it’s more associated with a neo-Natzi and Holocaust denier. Yet Jones questioned whether Blacks were “too quick to pile on each other.”

“We have to stop being so willing to tear down Black leaders when we are not as willing to fight the battles that need to be fought on behalf of Black people,” Jones told listeners.

Below those photos is a caricature of a Jewish man with a large nose and a black beard, and wearing a yarmulke. That image is imposed on an arm sleeve above a hand — wearing what appears to be a large diamond — pressing down on a pile of bodies.

Written under the photos is a quote misattributed to the French writer and philosopher Voltaire; in fact, the quote is more commonly attributed to white nationalist and Holocaust denier Kevin Alfred Strom.

Muhammad, who has led the Philadelphia NAACP since 2014, has removed the post and has said it was “in an attempt to start a dialogue around criticism and understanding.” He only later learned that the quote was used by white supremacists, he said.

Muhammad has said he stands with “all members of the Jewish faith in the fight for social justice, and I intend to use this opportunity for thoughtful conversations with both the Black and Jewish communities.”

Muhammad told The Philadelphia Inquirer that his point in posting the meme was about conversations being shut down through censorship.

Muhammad also is a long-time Democratic consultant for Mayor Jim Kenney. The Kenney campaign has paid Muhammad more than $95,000 over the years for consulting services.

A clutch of state officials, and leaders of the NAACP PA State Conference, Philadelphia Urban League, the Jewish Federation of Greater Philadelphia, the Anti-Defamation League, among others, all denounced Muhammad’s social media post and racism and anti-Semitism on Tuesday.

The Rev. Kenneth Huston, president of the Pennsylvania conference of the NAACP, said on Tuesday that he was in contact with the national NAACP leadership about Muhammad’s post.

However, Greg Brinkley, former president of the Philadelphia chapter of the National Action Network, continued to back Muhammad.

Brinkley said Muhammad has stood up for all people as a civil rights leader throughout his career. It was unfair, Brinkley said, that Muhammad was being attacked for criticizing the Jewish community.

“Whether the Jewish community intends to be oppressive or not, that’s how it appears to us,” Brinkley said.

Civil rights activist Asa Khalif tweeted on Wednesday that he was ignoring media who contact him about Muhammad and questioned why they were not more interested in the police killings of Black people.

“Attention members of the press..please stop contacting me regarding Rodney Muhammad’s comments..if your call is not about David Jones, Nizah Morris, Brandon Tate Brown and other black & brown people murdered by police in philly [sic]..keep it moving. Thanks #BlackLivesMatter,” Khalif tweeted. 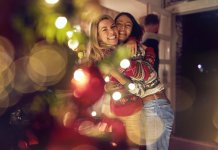 While others pile on, some Blacks stand by Philly NAACP prez after he shares anti-Semitic meme