PHILADELPHIA — Members of the Black clergy are encouraging voters to stay safe at home on primary election day and vote by mail.

“Each and every election is critical and certainly this presidential election year will be very important,” said the Rev. Robert Collier, president of the Black Clergy of Philadelphia and Vicinity, in a written statement. “There’s no time for any registered voter to sit on the sidelines and talk about ‘what could have been.’ Now is the time for action. Because of the COVID-19 pandemic, Black Clergy members are encouraging all our members and non-members, as well, to vote by mail and keep yourself healthy.”

This is the first year Pennsylvanians can vote by mail. The change is part of Act 77, a package of voting reforms Gov. Tom Wolf signed into law in October. The law also gives people more time to register to vote, and gives voters more time to submit their absentee or mail-in ballots.

“This opportunity couldn’t have come at a better time, under the circumstances of today, living with a pandemic swirling around us,” Collier said.

As of April 16, only about 3% of the city’s 1 million registered voters had applications for mail-in ballots approved, Commissioner Omar Sabir told The Tribune recently.

“We just analyzed the data and we are starting to see it’s a big divide. We saw a low [number] of applicants from Black wards and a significant amount from white wards,” Sabir said.

He and other officials are worried that Black folks aren’t getting the message that they can vote by mail, and they are trying to make a special point of reaching out to the Black community.

The Pennsylvania primary election originally was scheduled for April 28, but was rescheduled for June 2 because of concerns about public health at the polls during the coronavirus pandemic.

Philly officials push for mail-in voting, concerned about getting the word out

Because the election was rescheduled, other voting-related deadlines also were changed.

The last day to register to vote or update voter registration is now Monday, May 18.

The deadline to submit mail-in ballots is 8 p.m. on Tuesday, June 2.

The polls also are expected to be open on June 2 for people who choose to vote in person.

“Be forewarned that this election cycle, there will be far less polling places in Philadelphia than normal, due to the pandemic,” Collier said. “Again, I say vote by mail and keep it simple.” 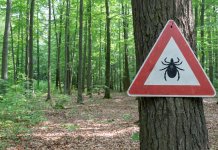 No time for ticks. Here’s how to stay safe on the trail | Five for Your Weekend 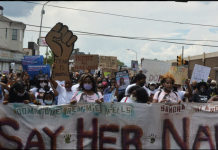 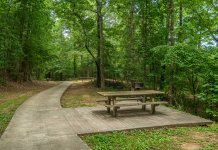 Open for adventure: Pennsylvania Parks | Five for the weekend

The only plausible excuse for asking women to ‘take one for...