It didn’t take long for Republican leaders in Pennsylvania’s General Assembly on Tuesday to sum up their thoughts on Democratic Gov. Tom Wolf’s $36 billion budget proposal.

“This budget is about more spending, more taxes, and more debt,” Rep. Stan Saylor, R-York, who leads high-level budget negotiations as chairman of the House Appropriations Committee, said. “It’s long on aspirations and short on details.”

Republican leaders delivered their response to Wolf’s budget proposal at a press conference in the state Capitol, moments after the governor concluded his annual address to the General Assembly.

Flanked by members of their caucuses, the highest-ranking Republicans in the House and Senate said they would spend the next few months shaving down Wolf’s spending plan to bring expenditures in line with revenues.

Wolf insisted Tuesday that the state can balance the budget thanks to record-high employment and wages that have generated revenue surpluses.

The budget does not include any new broad-based tax hikes, but it does call on lawmakers to expand and implement new reporting requirements for the state’s corporate net income tax — moves Wolf says will increase collections.

Wolf is also calling on the Legislature to approve a new tax on natural gas extraction, but did not include its potential revenue in the budget plan.

Senate majority leader Jake Corman, R-Centre, said Wolf’s tax proposals would amount to a combined $500 million in new tax revenue. Corman said the administration has already used that money since it overspent its current budget by $588 million this year — a tally confirmed in budget documents prepared by the administration.

On Tuesday, Saylor identified two agencies — the Departments of Corrections and Human Services — as those whose mounting expenses would receive careful scrutiny from House and Senate appropriators.

The Department of Corrections will see its overall budget decrease under Wolf’s proposal, though spending on prisoner medical care and state correctional institutions would increase.

The Department of Human Services, meanwhile, would receive a 9 percent budget increase in Wolf’s spending plan, bringing its current $13.1 billion appropriation to $14.3 billion.

Republican leaders did not dismiss all of Wolf’s new spending proposals out of hand.

Corman raised concerns that using $204 million from a specialized fund for horse racing to create a new scholarship program for college students, as Wolf proposed, could hurt the racing industry and communities that support it.

But he said legislators would need to vet the proposal before they decide to support or reject it.

Like Wolf, Corman and his colleagues remarked Tuesday on the strides Pennsylvania has made in the past decade to reduce its deficit, build up reserves in its Rainy Day Fund, and avoid calamitous collapse after the Great Recession in 2008.

Republican leaders said they owe that recovery to fiscal restraint and prudent spending.

“We are at record low unemployment, record high employment, and record-high wages” Corman said. “But we didn’t achieve that by raising taxes… raising spending, and creating more debt.” 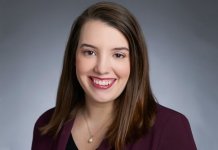 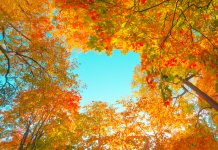 Leafin’ it up | Five for your weekend