We’re one step closer toward meaningfully addressing climate change in the Commonwealth – but we have a long way to go.

On Tuesday,  the Pennsylvania Environmental Quality Board (EQB) voted to adopt a proposed rule to cut carbon pollution from Pennsylvania power plants and participate in the Regional Greenhouse Gas Initiative (RGGI) beginning in 2022.

The vote comes almost a year after Gov. Tom Wolf signed an executive order, and after more than a dozen public meetings and webinars hosted by the Department of Environmental Protection. This critical proposal now moves forward to a public comment period, with other steps in the state’s regulatory process still to follow afterwards.

That’s right, after nearly a year of unprecedented public engagement and stakeholder outreach by DEP, this proposal to significantly curb climate pollution will now be available for public comment, allowing for even more robust feedback and input from all interested parties across the Commonwealth.

While there are still over 15 months to go until Pennsylvania fully participates in RGGI, it is not too early to appreciate the significance of this step in the fight against climate change. Pennsylvania is a major fossil fuel state and has the fifth-dirtiest power sector in the country.

Pennsylvania power plants emit more carbon annually than those in the 10 current RGGI participating states combined. The experience of those RGGI states over the past decade makes clear that Pennsylvania will see significant positive impacts across the board by establishing its own market-based program to incentivize emission reductions.

It also will cut 112,000 tons of nitrogen oxide and 67,000 tons of sulfur dioxide pollution, which will lead to fewer premature deaths, fewer asthma attacks, and public health benefits valued in the billions of dollars. It will generate over $2.3 billion in proceeds from the sale of carbon allowances at quarterly auctions, money that can be re-invested in Pennsylvania businesses and communities.

All these major benefits will result from a Pennsylvania program that ultimately gives polluting power plants a choice: reduce your carbon emissions, or obtain an allowance with the price determined by the market for the privilege to pollute.

We urge all Pennsylvanians to make your voices heard during the upcoming public comment period to weigh in on the program’s design elements.

How many carbon allowances should be made available each year, how should re-investment decisions be prioritized, how do we address equity and environmental justice concerns, how do we assist workers and communities already transitioning to a post-coal world? Comments and suggestions on these critical questions will help DEP finalize a strong program heading into 2022.

One group that has already made its voice heard loud and clear: ideological opponents of climate action in the Pennsylvania legislature.

Climate deniers and fossil fuel interests have spent the past year spreading misinformation and bellowing (ironically enough) about how they are not being heard. It has led to massive wastes of public time and resources, with repetitive legislative hearings in state House and Senate committees featuring testimony from climate skeptics and coal lobbyists.

Just last week, the Senate voted to send legislation to Gov. Tom Wolf’s desk, a bill that would block DEP from taking any action to control carbon pollution in the future.

Supporters characterize the bill (HB2025) sponsored by Rep. James B. Struzzi, R-Indiana, as a mere process bill designed to ensure the legislature has a seat at the table in setting climate policy. But it’s clear where the majority in the legislature stands on climate policy – obstruct progress, deregulate the industry, and drill our way to “prosperity.”

There are certainly constructive ways for the legislature to shape the RGGI rulemaking process and engage on climate change.

This legislation offers one pathway for RGGI participation to assist communities already being impacted by the closure of uneconomic power plants. Meanwhile, bills like HB 2025, which Governor Wolf has committed to veto, offer those workers and communities nothing.

We can be sure that obstructionists will remain vocal and thoroughly engaged during the upcoming comment period. We need to make sure the majority of Pennsylvanians who support strong policy to combat the climate crisis are heard, too.

Tuesday’s EQB vote is a procedural milestone worth celebrating. But there is still so much work to be done.

Joseph Otis Minott is the executive director and chief counsel of the Clean Air Council. He writes from Philadelphia. 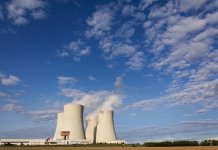