A Pennsylvania Commonwealth Court judge ruled Thursday morning that the Trump campaign and all outside observers could observe the counting of ballots in Philadelphia.

Judge Chistine Fizzano Cannon ruled “that all candidates, watchers, or candidate representatives be permitted to be present for the canvassing process,” provided they follow social distancing guidelines.

On Wednesday, a Philadelphia judge had ruled against the Trump campaign in the suit, which claimed its poll watchers were at least 15 and at most 100 plus feet away from the processing of ballots.

The city of Philadelphia filed an appeal soon after to the state Supreme Court. The high court was still reviewing the request for the appeal, according to a court spokesperson.

All references to the Supreme Court overruling a lower court are false,” the spokesperson added.

Here’s the text of the order: 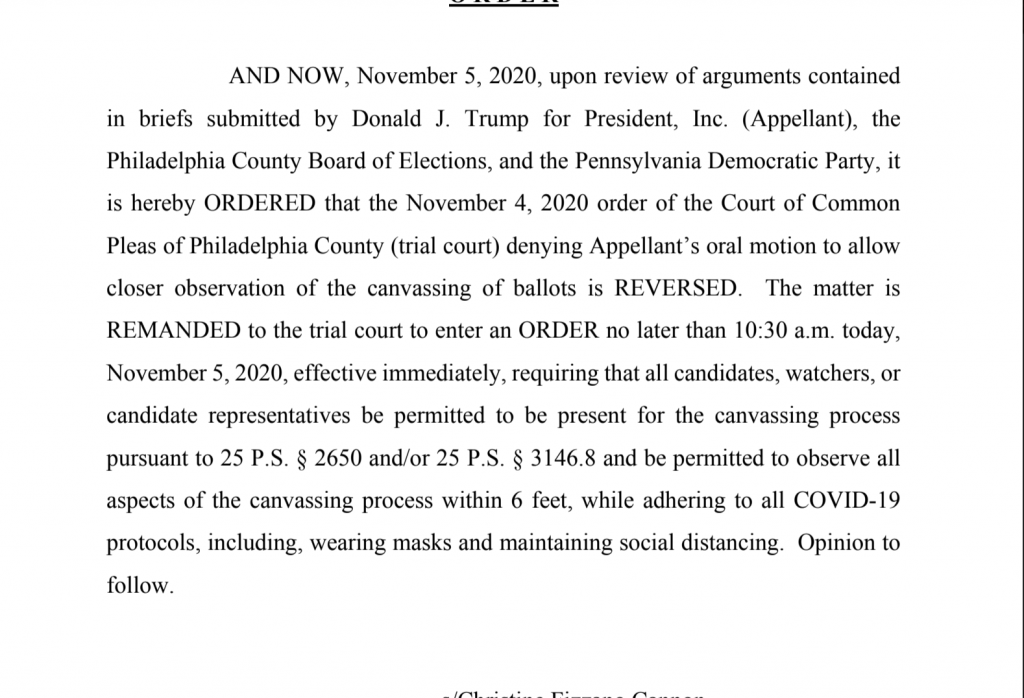