By Bryan Cutler and Frank Dermody

What if we told you Pennsylvania could design a better system for giving residents affordable access to quality health coverage while saving money for taxpayers and lowering insurance premiums – and also support good-paying healthcare jobs right here at home?

We can, and that’s why we’re putting party politics aside and teaming up to introduce a bill that would create a state-run health insurance exchange and reinsurance program here in Pennsylvania.

Like most states, Pennsylvania currently relies on the federal government to run its health insurance exchange — Healthcare.gov.

Using the federal government made sense at first – the logistics of setting up and operating an exchange was too expensive and complicated – but we have to pay for it. In 2021 we’ll be sending $88 million to Washington to run the exchange.

Let’s keep that money at home and set up an exchange for Pennsylvanians by Pennsylvanians that copies what works while learning from Washington’s mistakes to make sure our insurance market, our customers, our businesses and our people get the best bang for our buck.

More than a dozen states are already operating their own exchanges, delivering coverage, care and cost-cutting.

We could run ours for less than half what we pay the feds to handle the job. That’s money we could use here to create a reinsurance program that cuts premiums by creating a separate program for the most expensive-to-care-for patients and claims, so the average customer’s preventative care isn’t taking the hit.

We can save the federal government money, too, since it wouldn’t have to pay for hundreds of millions of dollars every year in subsidies under Affordable Care.

We’d be eligible for what it calls a “1332 Waiver” to let us bring back a lot of those federal dollars, cut costs and better fund the reinsurance program.

The reinsurance program allows insurers to price their products lower by limiting their exposure to very high, unpredictable medical expenses incurred by their members by covering some of those expenses when they exceed a certain threshold. Eight other states already got the green light to do this; we can do it, too.

By combining the money our state’s insurance companies are currently paying to the federal government to operate Healthcare.gov with the federal money we could access through a federal reinsurance waiver, Pennsylvania could pay for a State-Based Exchange and a state-operated reinsurance program, allowing us to provide better and cheaper access to healthcare coverage and multiply savings for taxpayers and health insurance consumers.

The best part? Not one dollar of state money would be spent. Not one.

This isn’t a Republican or Democratic issue, it’s a people issue. It’s not red vs. blue, it’s all green. It’s a great example of how we can and should work together to make sure everyone can afford to see a doctor when they get sick, and our job-creating healthcare industry has customers who can pay their bills.

It’s time to change the game. We’ll be moving H.B. 3 through the House of Representatives and we hope the people will sign on. 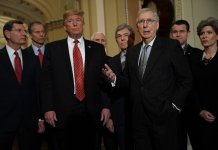 We need independent judicial review. We don’t need the filibuster. Let’s get rid of it | Bruce Ledewitz

Yes, we can ensure health care coverage and save costs in Pa. | Bryan Cutler and Frank Dermody