State health officials have confirmed 10 cases of coronavirus across Pennsylvania as of Monday afternoon, including three cases that have required patients to receive care in hospitals.

The state is waiting on the federal Centers for Disease Control and Prevention in Atlanta, Ga., to confirm the test results, state Health Secretary Dr. Rachel Levine said during a late afternoon press conference on Monday.

The cases are so far concentrated in the eastern part of the state. Seven patients reside in suburban Montgomery County; the others live in Monroe, Delaware and Wayne Counties.

State officials announced Monday morning that one Montgomery County patient was in critical condition at the Hospital of the University of Pennsylvania.

Citing patient confidentiality concerns, Levine said the state would not reveal the treatment locations of the other hospitalized patients, who come from Montgomery and Monroe Counties.

The seven other patients who tested positive for the virus are self-quarantined at home, Levine said.

State officials are not recommending members of the public to cancel gatherings, but Levine did urge Pennsylvanians on Monday to wash their hands, sanitize surfaces and stay home if they experience any symptoms of the virus, which include fever, cough and shortness of breath, according to the CDC.

“We expect more cases to be confirmed in the upcoming days and weeks, and we want everyone to take action to prevent spread of this virus,” Levine said.

State Education Secretary Pedro Rivera said his agency is in daily communication with schools and intermediate units across the state to help them coordinate emergency response plans.

Five schools in Bucks County closed on Friday after district officials learned that someone from another state who tested positive for the virus had been at a Bucks County gathering two weeks earlier, ABC-6 in Philadelphia reported.

The five buildings in Central Bucks School District reopened Monday after being cleaned over the weekend, according to a district release.

School administrators were among those who asked for clearer guidance on coronavirus protocols at a community meeting Monday morning, when U.S. Rep. Scott Perry, R-10th District, joined physicians at Penn State Milton S. Hershey Medical Center to brief community leaders on the virus and the federal government’s response.

Officials from York, Lebanon, Dauphin and Cumberland Counties all attended the meeting on the Penn State Hershey campus.

The meeting, which was initially closed to the press, but opened at the request of the several press entities, struggled to answer the questions of concerned township supervisors and school board officials.

“I think that is the intent,” Perry said. “I think the plan will be for it to flow down through the state to the individual districts.”

Perry told schools to document every additional expense coronavirus prevention has cost them in the event that it is reimbursed by disaster relief funding.

School officials also raised concerns about whether they should be hosting large group events like theatre productions and sporting events and how districts should determine when to “pull the plug” on said events.

“Those lines have not been drawn yet,” Perry said.

A Dauphin County school official asked what protocols they should be implementing if a student meets the criteria for the virus.

Dr. Cynthia Whitener, a physician at Penn State Hershey’s Division of Infectious Diseases, advised that children stay home if they are sick and see their doctor, if it’s suspected that they have coronavirus. She advised that patients who suspect they have the virus call ahead so that medical practices can make necessary precautions to protect other patients.

In a follow up, the school official asked if the state Department of Health should be made aware of cases at schools. No one was able to answer her question.

William Meiser, Director of Operations at Middletown Area School District said he was frustrated by the lack of preventative resources such as hand sanitizer, disinfectant and masks available due to high demand.

Perry reassured him that federal funding to the tune of $8.3 billion would make those resources more readily available.

“I think that’s one of the reasons the federal response is so robust,” Perry said. “ There’s literally things you can’t anticipate.”

“I hope we’re doing all the right things,” Meiser said. “I think we are.”

The state Health Department’s lab in Exton, Pa. currently has a turnaround time of 24-48 hours, but panelists noted that commercial labs are also “coming on board” as the need for testing grows.

Penn State Hershey is currently looking into mobile operations and on-site testing options to further reduce the turnaround time in the Capital region.

To avoid a shortage of test kits, Whitener recommended that right now, only people with symptoms be tested.

Dr. Catherine Paules, an expert in influenza with Penn State Hershey’s Division of Infectious  Diseases, said that although flu shots won’t prevent people from getting coronavirus, it can prevent coinfection, which has been documented to occur.

“This is no trivial virus,” Paules said. Panelists recommended that community leaders direct citizens with questions about coronavirus to the Center for Disease Control website. 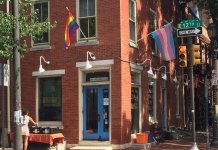 Many Black Americans aren’t rushing to get the COVID-19 vaccine. A long history of medical abuse suggests why | Opinion