As he looks to make fixes to a federal program that gives new mothers and their children a leg up on nutrition and healthy habits, U.S. Sen. Bob Casey turned to experts for advice.

Sitting in the cafeteria at a suburban Harrisburg grocery store, Pennsylvania’s senior U.S. senator listened intently as workers on the front lines of the federal Special Supplemental Nutrition Program for Women, Infants, and Children, or WIC, told him where Washington can make improvements.

Melissa Bishop, vice president of the Family Health Council of Central Pennsylvania, which administers the WIC program over a 10-county area, said offering online services, similar to telemedicine, to clients who live in very rural areas and who have to travel great distances to access services would be helpful.

Her colleague, council President Patricia Fonzi, said smaller retailers who participate in the program by selling food and other products to WIC beneficiaries might need a hand making the looming transition from accepting paper checks for payment to electronic cards. The machine that reads the cards costs $75 a month, she said. And that could be a high bar for some smaller shop owners.

“I don’t want that to create food deserts,” she said.

According to Casey’s office, there are 218,000 participants in the program statewide, who receive an average benefit of $43 a month.

Casey, who spent around a half hour Thursday with WIC administrators at a Karns supermarket in Lemoyne, said he’s currently seeking a Republican co-sponsor for a bill that would close what’s now referred to as the “WIC gap.”

Scott Karns, president of Karns Quality Foods, which operates eight Karns markets across central Pennsylvania, said the new electronic system will make it easier for his employees and “improve the experience,” for shoppers.

Under current law, children who participate in the program lose eligibility at age 5 — the presumption being that most will enter school and receive nutritious food there.

But that isn’t always true.

Casey’s bill would extend eligibility to age 6. “Continuing WIC nutrition services assures a continued strong health and nutrition foundation, preparing children for school entrance, getting them ready to learn, [and] reducing childhood obesity and other chronic diseases,” a summary of the legislation provided by Casey’s staff argues.

Since WIC is designed to be a “short-term program,” recipients must reapply after set periods of time. The bill would extend the certification period for infants to two years, eliminating what Casey’s office said was duplicative paperwork and giving caseworkers more time to focus on providing services. It would similarly extend the certification period for new mothers.

Courtney Womack, a WIC caseworker who was once a client of the agency, said extending the benefit to older children is critical, since her first child lost eligibility at age 5 but did not enter school until age 6.

“The WIC program is one of those programs who tells us who we are as Americans,” Casey said. “And if we’re going to be the country that we say we want to be, and believe we are, we have to make sure that a program like WIC is well funded. And we have to make the changes to WIC that will benefit those who are served by [it].” 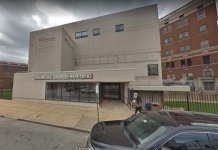 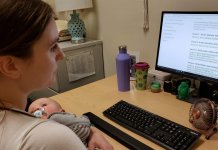