“We only need to do what every patient does when faced with a health crisis — call a nurse,” Bartolotta, R-Washington, said to raucous applause from the crowd of white-coated nurses who gathered in the Capitol rotunda on Tuesday.

A bill that allows Pennsylvania nurse practitioners to provide medical care without the oversight of a doctor has passed the Senate three times. Each of those times, it’s then gone to the House and died.

The nurses are hoping that the fourth time might be the charm to expand their ability to write prescriptions, order tests, and treat chronic conditions.

“This is the modernization of nursing laws,” Adele Caruso, president of the Pennsylvania Coalition of Nurse Practitioners, said.

Bartolotta’s proposal, SB25, would let nurse practitioners go out on their own after working with physicians to provide medical care for 3,600 hours over three years.

Twenty-two states including neighboring Maryland, plus Washington, D.C., already let nurse practitioners practice without the oversight of a doctor.

The rest limit or restrict nurse practitioners — who are nationally certified and must have a master’s or doctorate degree — to provide care within the bounds of a contract called a “collaborative agreement” between a practitioner and a doctor.

Caruso and legislative allies argue that the reform will increase the number of medical providers in Pennsylvania at a time when the state is aging and requiring more medical care. Such arguments have also brought on board the state AARP.

The Pennsylvania Rural Health Association also backs the bill, saying it will expand health care access to underserved Pennsylvanians in the state’s countryside.

But some state medical groups have expressed skepticism with the bill.

“As we’ve seen in past legislative sessions when similar bills have failed, the majority of Pennsylvanians are not in favor of eliminating the collaborative ties that exist between nurse practitioners and medical doctors when it comes to the practice of medicine,” Cutler wrote in 2017. “Patients expect this important safeguard to be in place for their medical care and do not want to see that care fragmented.”

Last session’s bill passed the Senate 39-10, with the “no” votes all coming from Republicans — including Majority Leader Jake Corman, R-Centre. The bill then advanced to the House and never received a hearing or vote.

This year’s attempt moved out of the Senate Consumer Protection and Professional Licensure Committee last month by a 12-2 vote.

Caruso expressed confidence that this year could result in better results in the House. 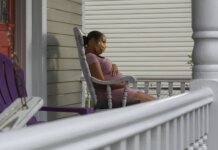