PHILADELPHIA — African Americans accounted for more than third of all fatalities stemming from the novel coronavirus Philadelphia after nine new deaths were reported on Friday.

Blacks accounted for nine of the 26 total deaths of city residents (35 percent) from COVID-19, which is caused by the coronavirus, since the start of the coronavirus pandemic, Health Commissioner Thomas Farley said.

Ten of the deaths were white people and the city lacked racial data on the remaining seven, Farley said.

Confirmed cases of coronavirus in Philadelphia jumped 330 on Friday to hit 2,430 — a 381% increase from last Friday when the total number of cases in the city was 637.

Thirty-one inmates in Philadelphia’s jail system tested positive for coronavirus after 11 new cases were reported on Friday, up from a single case on March 27.

City officials are putting in place new protocols to prevent the spread of the virus in city jails.

Under a shelter-in-place policy for city jails, all inmates can only leave their cells for showering and phone calls. Meals and medication will be delivered to cells.

Individuals shirking the regulations can get slapped with $100 code violations notices for failure to disperse or disorderly conduct, Abernathy said. Officers will first issue warnings.

Various media outlets are reporting that individuals in the Kensington neighborhood, the epicenter of the city’s opioid epidemic, continue to congregate in crowds.

Despite the social distancing guidelines and closure of athletic courts, some individuals continue to use outdoor facilities, particularly basketball courts.

City workers will remove 50 rims at outdoor basketball courts from around the city by day’s end.

The city’s order of 500,000 medical masks has been canceled.

Abernathy said the order was nixed earlier this week, saying, “It never got out of Europe,” but did not elaborate.

The city did not have details on the cache of personal protective equipment (PPE) received Wednesday from Strategic National Stockpile because the shipment was for hospitals, Abernathy said.

The PPE has already been distributed to healthcare facilities.

“That is an ongoing and kind of top priority mission for us,” he said.

The city won’t pick up recyclables next week, as the city will now make collections every other week.

Staffing shortages in the city’s Streets Department forced the officials to revise the collection schedule.

“Residents should expect some delays as the health crisis continues to have an impact on employee attendance,” Abernathy said.

Residents should not put out their recyclables for the week beginning on Monday. Recycling collection will resume on April 13 and be collected every other week until at least May 15.

All schools are closed indefinitely.

Individuals looking to volunteer to help the city respond to the coronavirus pandemic can sign up for the Medical Reserve Corps here. 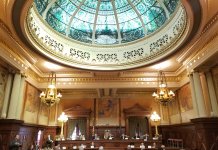 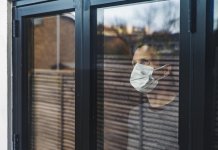 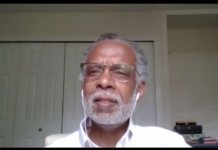