PHILADELPHIA — A representative of the South Philadelphia medical center set to rent space to a nonprofit for the nation’s first supervised injection site said the medical center will no longer allow the site to operate in its building.

“We have made the decision to cancel plans to locate a supervised injection site at Constitution Health Plaza,” Anthony Campisi, a spokesman for Constitution Health Plaza, said in news release Thursday. “The opioid crisis continues to devastate our nation, our city and the South Philadelphia neighborhood we call home. We made the original decision to provide space to Safehouse to play a positive role in providing an innovative way to bring needed services to those suffering from addiction. As one of the largest institutions in our community, we felt we had a responsibility to do something to save lives.”

Campisi cited community concerns in the medical center’s decision to withdraw from its agreement with Safehouse.

“Our vision for Constitution Health Plaza has always been to serve as a gateway to South Philadelphia, providing premier health care services to our community. Our relationship with our tenants and neighborhood is the key to achieving that goal. We believe in the good intentions of all involved — on both sides of this issue — and want to thank you for your honest communications with us over the past few days,” he said.

“We want you to know that we have listened. We apologize. And we want to ensure open lines of communication moving forward.”

It is now unclear where or when — or if — Safehouse will open.

The announcement came just hours after City Council members fumed at the Kenney administration and Safehouse for keeping them and the community in the dark about the location of the site, which originally was set to open next week, and U.S. Attorney William McSwain announced plans to continue to fight the opening of the site.

Mayor Jim Kenney issued a statement late Thursday: “I am glad that this will allow Safehouse more time to examine its options, and to engage the community. It will allow those with concerns more time to get answers. And it will allow everyone to take a deep breath and focus on the ultimate goal of this effort: to save the lives of fellow Philadelphians who are struggling with addiction. I remain convinced that overdose prevention sites do save lives — as they have in more than 100 cities around the world. I remain committed to moving forward in a deliberate, thoughtful, and collaborative way to open a site that will save lives.”

Between January and June 30 in 2019, the city had 564 overdose deaths, 465 of which were opioid-related, according to the most recent data from the city.

An overdose prevention site (OPS) in Philadelphia was expected to save the lives of an estimated 24 to 76 people a year, Kenney spokesman Mike Dunn said, and help prevent the spread of infectious diseases, including HIV and hepatitis C. A supervised injection site would also reduce public drug use and drug-related litter.

“And, of particular importance, studies have shown that overdose prevention sites do not increase crime, and in fact reduce public disorder,” Dunn said.

Safehouse is an independent nonprofit not linked to the city.

Under Safehouse’s plan, people would be able to bring drugs to the clinic-like setting and use them in a partitioned bay. Staff would offer medical help and provide counseling and health services.

Safehouse got the green light to open the site this week when a U.S. district judge ruled the nonprofit’s proposal, which had been challenged by the U.S. Attorney in Philadelphia, does not violate federal law because its intention is to save lives, not encourage drug use.

Safehouse leaders kept the planned location of the supervised injection site under wraps as the case went through court.

Councilman Kenyatta Johnson, who represents District 2 where Constitution Health Plaza is located, said the location was “totally just unacceptable.” He noted the medical center, at 1930 S. Broad St., houses two daycare facilities and is situated in a residential neighborhood blocks away from South Philadelphia High School.

Councilman David Oh proposed legislation on Thursday that would grant Council the power to oversee the opening of supervised injection sites.

The legislation would classify supervised injection sites as a “nuisance health establishments” and require City Council approval to begin operations.

Under the bill, groups seeking to open a supervised injection site would need to publicize their plans to the community at least six months in advance of opening, then present a “detailed plan” at least three months prior to the scheduled start of operations. Groups would need to garner the approval of 90% of the community around a proposed site, among other things.

Oh said he was not certain whether his bill would retroactively apply to Safehouse if it passes City Council.

City Councilman Curtis Jones, who represents District 4, said the opioid epidemic is a citywide issue. But he worried about how the location of future supervised injection sites will be decided, saying “they want 20 more sites.”

“So we are cautious, concerned that without a process we could wake up and it’s decided for us and constituents,” Jones said.

Wearing a mask is an act of love. This is why | Opinion 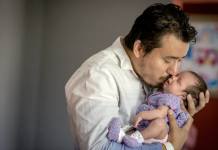 The current U.S. healthcare system poses a threat to Hispanics. This is why | Opinion

This is more than an election. This is a test of...