It was a busy year in the Commonwealth for health care-related topics. From marijuana townhalls to abortion bans, here are my picks for the top 5 healthcare stories to know from 2019.

In a September follow up, reporter Stephen Caruso wrote that the state received more than $2 million from the Centers for Disease Control to study deaths associated with pregnancy.

In response to the startling number of maternal deaths, state Rep. Morgan Cephas, D-Philadelphia, rolled out a four-bill package that she says will “increase access to care and address bias within the healthcare system.”

This push for further debating legalization follows Lt. Gov. John Fetterman’s tour of Pennsylvania earlier this year to find out where citizens of the Commonwealth stand on the issue.

That same month, a bill to expand telemedicine in Pennsylvania included language that would prevent telemedicine from being used for abortions along with other prescriptions and services.

In addition to the attempted Down Syndrome ban, Republican lawmakers Rep. Stephanie Borowicz, R-Clinton, and Sen. Doug Mastriano, R-Adams, took another stab at abortion access with a proposed fetal heartbeat ban, which can occur as early as six weeks into a pregnancy, before many women even know they are pregnant. 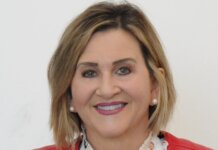