Currently, 18.7 percent of Pennsylvania’s population is age 65 or older, according to data from the U.S. Census Bureau. That figure is only expected to grow in coming years, according to state officials

Earlier this week, Gov. Tom Wolf, who has vetoed three bills so far in 2022, laid down the veto pen and signed HB 1082, a bill requiring the state Department of Health to establish and maintain a “toolkit” to provide Pennsylvanians with information regarding early detection and diagnosis of Alzheimer’s Disease and Dementia.

“The department, in consultation with the department of aging and other public or private organizations with expertise in cognitive decline, Alzheimer’s disease or a related disorder, shall establish education resources to assist the primary care workforce with the detection, diagnosis, treatment and care planning referral for individuals with Alzheimer’s disease or a related disorder. At a minimum, the primary care workforce education resources shall include all of the following related to Alzheimer’s disease or a related disorder: (1) the importance of and value of early detection and timely diagnosis. (2) increasing understanding and awareness of early signs and symptoms. (3) person-centered care delivery. (4) cultural competency. (5) racial and ethnic disparities and inequities in detecting, diagnosing and accessing treatment and services. (6) use of validated cognitive assessment tools to detect cognitive decline as part of the annual Medicare wellness visit or other annual physical examination. (7) sources of clinical practice guidelines and tools. (8) effective care planning, including treatment options, support and services, long-term care options, financial planning, advanced directives and care coordination, at all stages of dementia, including appropriate counseling and referral.”

“Far too many Pennsylvanians live with undiagnosed Alzheimer’s disease or dementia,” Wolf said in a statement. “This is a tragedy, especially because we know that early diagnosis can improve care, help maintain a person’s quality of life, and reduce the financial impact of the disease. This is an important step to raise awareness and keep Pennsylvanians informed about how to recognize Alzheimer’s or dementia, and what to do if you notice those symptoms in a loved one.”

Currently, 18.7 percent of Pennsylvania’s population is age 65 or older, according to data from the U.S. Census Bureau. That figure is only expected to grow in coming years, according to state officials.

“Our state’s aging population is one of the largest in the country, and it will only continue to grow. Legislation like this, which directly addresses the needs of Pennsylvania residents and establishes a foundation for future collaboration and intervention, are really where we see promise in Pennsylvania’s ability to address, and hopefully, curtail this public health crisis,” Jennifer Ebersole, director of state government affairs for the Alzheimer’s Association said.

1. Pennsylvania has some big races in 2022, but political parties are mostly staying silent. Why?

Even with an open governor’s mansion and control of the U.S. Senate potentially running through the commonwealth, Pennsylvania’s once powerful political parties are poised to play little role in picking their candidates for November.

Parties were once able to make or break political runs, providing such key resources as access to campaign donors and getting the candidates’ names on sample ballots, political observers, operatives, and candidates noted.

But now, in an age of social media and online fundraising, as well as anti-establishment feelings across the political spectrum, the official nod from either the Democratic or Republican Party is less valuable.

“There’s no point stepping in and being brutal and trying to push people out,” longtime Pennsylvania political watcher Terry Madonna told the Capital-Star. “There’s so many candidates representing too many factions. I think they’ll just let it play out.”

Barring a court challenge, the House and Senate maps are in their final form as of Feb. 5. With that said, here is the latest running tally of lawmakers retiring next year, or facing a colleague to come back to Harrisburg. 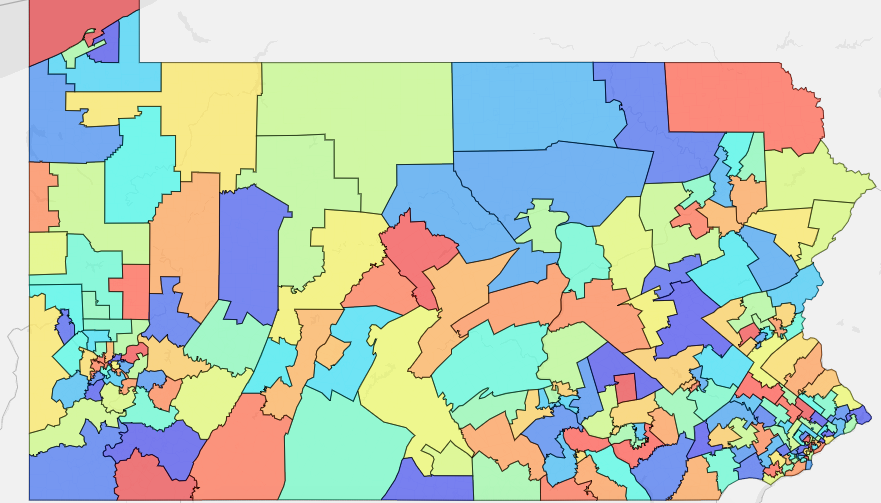 The panel charged with once-a-decade redrawing of Pennsylvania’s 253 legislative districts has approved final drafts of the maps that’ll likely increase minority representation in the General Assembly, and likely close the gap between its Republican majority and the Democratic minority.

During a meeting on Friday, the Legislative Reapportionment Commission approved the redrawn state House and Senate districts in a 4-1 vote., Anyone who opposes the map now has until Sunday, March 6 to file a challenge in the state Supreme Court.

Groups from Arizona, Georgia, Michigan, New Mexico, Nevada, Pennsylvania and Wisconsin all allegedly sent lists of so-called alternate electors to the National Archives after the 2020 election. The slate of fake electors includes Lou Barletta and Charlie Gerow, both candidates for governor in Pennsylvania; Burt Jones, a candidate for lieutenant governor in Georgia; James Lamon, a candidate for U.S. Senate from Arizona; and candidates for state legislative seats

The Pennsylvania Supreme Court has pushed back the timeline for all candidates to get on the 2022 primary ballot.

The three-week window for candidates to circulate petitions to get on the May 17 primary ballot was scheduled to begin on Feb. 15. But with arguments in a case over the congressional maps starting on Feb. 18, the court temporarily suspended the period until it makes a final decision on district lines, according to an order issued on Wednesday afternoon.

Delays with the U.S. Census data and partisan fights over the shape of the districts have resulted in unfinalized congressional and legislative districts for Pennsylvania. The lines will play a key role in who wins and loses elections over the next decade.