State lawmakers in Harrisburg have been working for years on ways to close the distance between rural Pennsylvanians and their physicians.

But an amendment added to a bill expanding telemedicine, which connects doctors and patients through a video stream, has raised concerns among abortion rights activists and the ire of Democratic Gov. Tom Wolf.

“The thought of having access to a medical professional wherever and whenever you are is no small feat,” Vogel said on the Senate floor when the chamber first passed the bill in late October.

Its supporters, which include health care providers and rural lawmakers from both parties, say the bill will let providers expand remote medical care, so more patients can see doctors or hard-to-find medical specialists remotely.

Lawmakers in both parties have tried to pass the bill expanding access to the service for years, and came close during last year’s legislative session.

But the proposal was sunk late by concerns from anti-abortion lawmakers, such as Pro-Life Caucus Chair Rep. Kathy Rapp, R-Warren, about doctors prescribing abortion-inducing drugs with telemedicine — known as a medical abortion.

According to WITF-FM, Rapp said last year that “if the [telemedicine] bill is re-introduced next legislative session, she’ll work to make sure it includes anti-abortion language.”

Her work, it seems, has paid off.

To assuage the concerns of Rapp and other anti-abortion lawmakers, the House Insurance Committee made some broad changes to the bill earlier this month.

The new text prevents the use of telemedicine for abortions, along with a number of other prescriptions and services.

Specifically, the bill now does not allow physicians using telemedicine to prescribe drugs or conduct procedures that federal or state law limit “to be delivered or administered in a health care clinic, medical facility, physician’s office, hospital or ambulatory surgical facility.”

Some of the now-restricted medications are on a list, known as REMS, that the Food and Drug Administration maintains to “ensure that the benefits of a drug or biological product outweigh its risks.”

And on that federally maintained catalog is mifepristone, which can be used to end a pregnancy up to 10 weeks. Abortion in Pennsylvania is legal for any reason until the 24th week of gestation.

Mike Straub, spokesperson for House Majority Leader Bryan Cutler, said the use of the REMS was intended to keep people safe from drugs that could be dangerous if misused.

The list, Straub said in an email, “only applies to medications the FDA says have serious safety concerns. As we expand efforts to improve access to high quality healthcare, it is in the best interest of all Pennsylvanians that we match our policies with federal regulations designed to keep us safe.”

According to Planned Parenthood Pennsylvania Advocates, approximately 11,400 abortions — 38 percent of all abortions in the Keystone State — are done with mifepristone.

A 2017 American College of Obstetricians and Gynecologists study, partially funded by pro-abortion rights sources, found no difference in patient safety between a medical abortion and a clinical procedure.

Rep Gary Day, R-Berks, sponsored the change, and said it was to “not just let [telemedicine] go completely unfettered, but be under some type of government oversight.”

Anti-abortion sentiment played into the amendment, Day said, as well as “a lot of other concerns.”

“I’m sure for that [anti-abortion] person, that might be their only reason to be in favor of” this amendment, Day said. He did not say what he hoped to regulate.

Only the General Assembly could authorize new medications and procedures for telemedical care.

‘A little more time to digest’

The change has led Planned Parenthood to decry the bill as yet another attack on abortion rights in a week where two other abortion-related bills were moved through the General Assembly.

“There is absolutely no reason to accept the amended version of this bill to limit a person’s access to basic health care other than to continue anti-choice opponents’ efforts to chip away now and ultimately do away with a person’s right to a safe, legal abortion in Pennsylvania,” Ashley Lenker White, executive director of the Planned Parenthood Pennsylvania Advocates said in a statement.

The change also robbed the bill of its broad bipartisan support. The measure passed the Senate with just one dissenting vote in late October. It then passed the House in a near-party line vote 111-77 on Thursday, with a handful of consistently anti-abortion Democrats joining with the GOP-majority.

That same day, Wolf vetoed a ban on abortions in case of a prenatal Down syndrome diagnosis. The second term Democratic governor has a standing policy to veto any bill that limits abortion rights.

Wolf’s spokesman, J.J. Abbott, said that while the governor supported the earlier draft of the telemedicine bill, he is opposed with the language limiting medical abortions.

While most medical groups were still processing the House’s change, a senior Republican state Senate aide told the Capital-Star that the caucus has received “mixed reviews” on the new language.

After the House approved its changes, the bill was sent to the Senate for another vote.

“We’re coming around on the ramifications of that amendment,” Crompton said. “We just thought we needed a little more time to digest.”

Crompton said he expected the chamber to take action on the bill by January 2020. 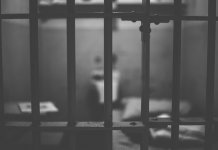