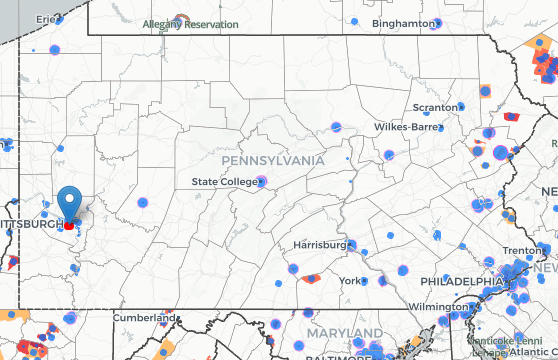 Counting 327 million people is hard. It’s even harder when you think of how many of those people live in remote areas of the country, don’t have permanent homes, are small children, or belong to tough to count populations.

The danger of undercounting certain populations could lead to inaccurate data, which is why the City University of New York’s Center for Urban Research mapped the country’s census initiatives against its hard to count populations.

The map helps local census offices track identify areas they should focus their efforts on, knowing those areas are going to present more of a challenge. For instance, remote areas or regions with low questionnaire return rates during the last census count.

According to the map, northeast and south central Pennsylvania present  the most challenges for local census offices.

Hard to count tracts in Pa.

A census tract is a small geographical area for the purpose of counting people. They can overlap with city boundaries and legislative districts, but often are arbitrarily drawn.

Among them are the following tracts:

Other hard to count areas in Pa.

We tried drawing our own Pa. congressional maps. Here’s what we came up with