Over the two decades, most Pennsylvania legislative leaders have either been forced out under indictment, lost reelection, had their own allies turn on them or die in office.

But House Speaker Mike Turzai, R-Allegheny, and Senate President Pro Tempore Joe Scarnati, R-Jefferson, both announced they would retire this year, when the odds of either chamber flipping are so-so.

One former GOP Senate staffer, who requested anonymity to speak candidly, said that the choice could lie in political reality. Scarnati governed with one of the biggest majorities in a half-century before Democrats made in-roads in the 2018 midterms.

Facing political headwinds, “do you want to be the [leader] who loses the majority for the first time in 20 or 30 years?” the staffer asked.

At least one national Democratic group made the same argument.

In a statement, the Democratic Legislative Campaign Committee, which flips Republican-controlled legislative seats, crowed that GOP retirements, including Scarnati and Turzai, are a sign of an uncertain future for Pennsylvania Republicans.

“Democrats across the state are fired up to flip the House and Senate red to blue this year,” DLCC President Jessica Post said in a statement. “The GOP’s record is indefensible and all these incumbents know that, which is why they’re bowing out early rather than face life in the minority.”

Turzai, for his part, denied that a potential reelection fight influenced his retirement. He represents a Democratic trending district in Pittsburgh’s affluent northern suburbs and his retirement makes it a topic target.

As for Scarnati, the 25th District, which sprawls across northwestern Pennsylvania, likely won’t be competitive in November. President Donald Trump took nearly three-fourths of the vote there in 2016, according to numbers crunched by the progressive blog Daily Kos.

But according to one GOP operative, Scarnati’s retirement could still mean some good news for Democrats.

Veteran consultant Chris Nicholas, of Harrisburg, tweeted late Wednesday that the vast rural 25th could be chopped up and moved from the declining western half of the state to the growing eastern half during the decennial redistricting next year.

So, given its declining population and frosh member, it could get moved east even though that would mean a member would have their seat taken out from under them mid-term. 5/x

The exact lines of the district would be drawn by whoever controls the Senate in 2021. But broadly, Democrats have been gaining in the growing southeast, a population exchange that has troubled GOP operatives.

Turzai and Scarnati leaving also creates power vacuums at the top of both chambers. Those who fill the positions will have a huge say to direct policy while dealing with the close of Democratic Gov. Tom Wolf’s time in office.

The former staffer expected Corman to be the favorite, and didn’t expect that his governing style would differ much from Scarnati’s.

In the House, Republican lawmakers say the race to become the next speaker will likely fall between House Appropriations Committee Chairman Stan Saylor, R-York, and Majority Whip Kerry Benninghoff, R-Centre.

From school choice to liquor privatization, how the Pa. House will change with Mike Turzai’s exit

Saylor, as the caucus’s chief fiscal voice, has been a hardliner on issues such as taxes and the minimum wage. Benninghoff, who represents parts of Penn State University, is seen as a more moderate option.

House Majority Leader Bryan Cutler, R-Lancaster, who outranks both, is also considered a candidate. But rank-and-file House Republicans privately say that they are unsure of his interest in the top post.

“Cutler is very well respected in the caucus. He’s good at explaining why we need to take certain votes when we do,” one GOP lawmaker, who requested anonymity to speak candidly, said. “Maybe he would have some competition for speaker, but it’s really his decision.”

Cutler, characteristically, isn’t saying much either about internal politics.

“I’d certainly be open to it as we go, but the timing will have a lot to do with it,” Cutler told York-based FOX-43 in January.

Adding to the confusion is Turzai’s still-uncertain future. While he announced his retirement come 2021, Turzai did not rule out stepping down from office early.

Rumors of an early exit still abound. If Turzai were to leave office, some House Republicans have floated retiring Rep. Marcy Toepel, R-Montgomery, as a placeholder speaker until after the next election.

Supporters figure electing the first female speaker could keep midterm infighting to a minimum, and also allow the would-be speakers time to avoid a messy fight to open the session in 2021. 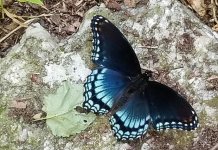 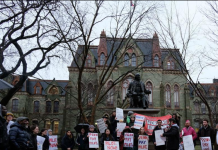