It didn’t take long for “World War III” to become a trending topic on Twitter in the hours after news broke that a drone strike by U.S. forces resulted in the death of a top Iranian military commander.

Almost simultaneously, Twitterati who’d never heard of the now-late Qasem Soleimani until cable news and social media blared his name on Friday morning, began debating whether the latest escalation in tensions between the United States and Islamic Republic of Iran would inevitably result in a hot war between the two countries.

Certainly Iran’s vow of revenge, buttressed by its access to the network of regional proxies that Soleimani played a key role in training and cultivating, was cause for concern.

There was bipartisan agreement Friday that the airstrike personally ordered by President Donald Trump meant that there was one, fewer terrorist in the world. And there is some wisdom to that.

Soleimani was believed responsible for the deaths of hundreds of Americans during the Iraq War, the New York Times reported, adding that he was also the “architect,” of almost every Iranian military and intelligence operation over the last two decades.

But – and this is a significant but – Congressional leaders were correct in their criticisms later in the day on Friday that they had not been briefed on the attack. And they expressed fears that the White House was moving toward yet another undeclared war in the region.

U.S. Sen. Robert Menendez, D-N.J., the ranking Democrat on the Senate Foreign Relations Committee, and a noted expert on Iran policy, told MSNBC that he feared the White House “used tactics, but has no strategy in the long term, and what we cannot accept is a march to an unauthorized war,” according to the Washington Post.

The New Jersey Democrat undoubtedly comes to the table with a point of view. But it would be hasty to dismiss his criticisms as merely partisan carping.

While the administration has made positive noises about wanting to draw down the American presence in the Middle East, as was the case during last year’s disastrous withdrawal from northern Syria, its actions have not matched the rhetoric.

The Washington Post reported Friday that it was deploying an additional 3,500 service people to the region in the wake of that Iranian vow to extract “severe revenge” on the United States. That’s on top of the battalion of 750 soldiers who arrived in Kuwait on Thursday.

The additional security is undoubtedly necessary, as American installations across the Middle East brace for retaliation.

But it’s also a reminder of how easy it would be for the United States to slide into another conflict in a part of the world that’s claimed thousands of American lives and trillions of dollars in American resources.

As president, Trump has broad latitude to prosecute foreign policy.

Even so, as New York Mag reports, the War Powers Act requires the executive branch to brief Congress “within 48 hours of unauthorized military action.”

And as New York Mag’s Ed Kilgore writes, the administration is likely to claim it had grounds to act under the congressionally enacted Authorizations of Military Force in 2001 and 2002 that, respectively, gave the nation the Forever War on Terror, and an Iraq War that doesn’t seem to want to ever end.

On Friday, U.S. House Speaker Nancy Pelosi, D-Calif, raised serious questions about the legality of the attack, saying it had been carried out without legislative authorization and that “the full Congress must be immediately briefed on this serious situation, and on the next steps under consideration by the administration.”

That includes the deployment of additional U.S. force to the region, which, as we’ve seen, is already happening.

Rather this is just the latest manifestation of abuses of war-making authority exercised by Republican and Democratic administrations for decades. That includes the Obama administration’s pernicious preference for drone strikes.

Think about this: The United States last issued a formal declaration of war after the bombs fell on Pearl Harbor in 1941.

Every military action since has come without a formal declaration of war.

Though some, such as the Korean War and the 1990 Gulf War, have come with congressional authorizations or through United Nations resolutions, as was the case with the Bosnian War under President Bill Clinton in 1992-93.

It might be too late to get the genie back into the bottle. But this slow creep of executive power is one that badly needs to be reversed. Which means it’s a mistake to dismiss Democratic complaints about White House overreach.

The president wields no power more terrifying – nor more broad reaching – than the ability to wage war. But he – and someday she –wields that power in all our names, not just his own.

That’s what declarations of war – and congressional authorizations – are for: To ensure we speak, as a nation, with one voice.

It’s a quaint notion, perhaps, but it’s one worth remembering before we blunder into another endless war. 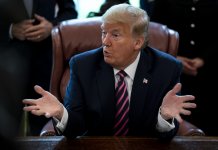 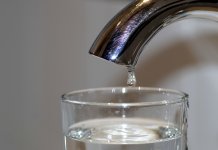