Good Wednesday Morning, Fellow Seekers.
Heading into Gov. Tom Wolf’s budget speech on Tuesday, there was really only one question worth asking: Which Wolf would show up?

Would it be a bold progressive, buoyed by his landslide win over Republican Scott Wagner last fall, and emboldened by the surge of the Democratic Party’s youthful and increasingly diverse left wing?

Or would it be the Wolf, as House Majority Leader Bryan Cutler, R-Lancaster, optimistically predicted, who emerged in the third and fourth years of his first term: accommodating and willing to negotiate with the Legislature’s Republican majority?

It was tough not to feel like you were at some long-ago birthday party of your youth, getting ready to unwrap the marquee present. You were hoping for the G.I. Joe with the Kung Fu Grip, but you were also bracing for the very real possibility that it might be a Spirograph.

The answer came less than five minutes into Wolf’s 30-minute address to a joint session of the state House and Senate.

“Let me cut to the chase,” he said. “This proposal asks for no new taxes. Not one dollar. Not one dime. Not one penny.” 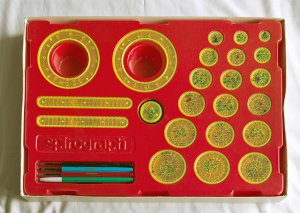 Any doubt that this was a different kind of Wolf was entirely dispelled a few minutes later. He talked about winding down Pennsylvania’s 9.99 percent corporate net income tax to 5.99 percent by 2024.

He bragged about trimming the ranks of Pennsylvania’s (largely unionized) public workforce and boasted about “[getting] rid of facilities and leases that we don’t use or need while consolidating commonwealth operations within the Capitol complex.”

And he talked about partnering with both business and labor to improve workforce development initiatives across state government.

“If a business can’t hire a worker because of an out-of-date or unnecessary rule or regulation, we need to know about it so we can take action,” he said. “If medical professionals are concerned about a licensing backlog, they need receptive ears in state government.”

And at that moment, most likely, somewhere in York County, Wagner dropped a PennWaste garbage can in disbelief.

But … and this is a big but … Wolf is still going for a minimum wage hike and (Yes, we know, it’s not part of the budget) a severance tax on natural gas drillers that’s supposed to pay for badly needed infrastructure fixes.

So Republicans are concerned about how to pay for the nearly $1 billion spending hike in Wolf’s proposed $34.1 billion budget. Democrats, who are feeling all kinds of progressive and emboldened, want to see Wolf go further.

That’s the thing about unwrapping something. You never know what you’re going to get.

Our Budget Stuff:
The Capital-Star’s Stephen Caruso has your 5 key takeaways from the speech.
Sarah Anne Hughes runs down the nuts and bolts of Wolf’s budget address.
Here’s a look at where the advocacy community fell on stuff.
Elizabeth Hardison runs down the Republican response.
And Caruso catches up with the Democrats.

More Stuff:
With two lawmakers facing separate allegations of sexual assault, Caruso and Hardison take a look at what’s next for the #MeToo movement under the Capitol dome.
You might have heard that President Donald Trump gave a speech of his own on Tuesday night. Here’s what Pennsylvania lawmakers had to say about it.
And in the middle of the #SOTU, Congress paused to sing ‘Happy Birthday’ to an 81-year-old survivor of the Tree of Life shootings. 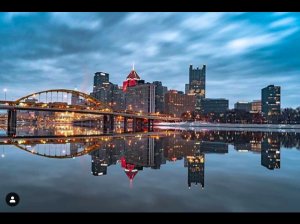 Amtrak’s flipboard will become a permanent part of the decor at 30th Street Station, BillyPenn reports.
The Incline also has the ‘Happy Birthday’ moment from the #SOTU.
The Morning Call runs down the Pa. reaction to the #SOTU.
Keystone Crossroads catches up with Philly DA Larry Krasner.
PoliticsPA has the rundown on Gov. Wolf’s budget address.

What Goes On.
The House and Senate each come in at 11 a.m.
10 a.m., Main Rotunda: Reformers ‘Draw the Lines’ gives awards to schoolkids who drew better maps than the old gerrymandered ones.
11 a.m., East Rotunda: Rep. Ryan Bizzarro and officials from Harrisburg University join the PA ESports Coalition. This is the most Ryan Bizzarro-est press conference ever.
11:30 a.m., Main Rotunda: The Nuclear Powers PA presser. Which, disappointingly, is not a Super Friends reunion.
1 p.m., Main Rotunda: Anti-electoral corruption activists roll out their Democracy 2019 agenda.

WolfWatch.
Gov. Tom Wolf heads to Johnstown for an 11 a.m. news conference on fighting blight in the city. At 1 p.m., he’s in Homestead, Pa., where he’ll join with the Pittsburgh Penguins, to talk workforce development.

You Say It’s Your Birthday Dept.
Best wishes go out this morning to WITF-FM’s Emily Previti, who celebrates today. Congrats and enjoy the day.

Heavy Rotation.
Everyone was, of course, Kung Fu Fighting.