(*This story was updated on Thursday, Feb. 21 to make a distinction between Pennsylvania lawmakers and Pennsylvania election officials, and to clarify that the recommendation to replace voting machines came from the Pennsylvania Dept. of State, and was later affirmed by a Blue Ribbon Commission. Comments from Sen. Bob Mensch were also edited to reflect the accurate age of Pennsylvania voting machines.)

A Republican senator said Wednesday that “politically motivated” special interest groups were driving the push to replace Pennsylvania’s voting machines by 2020, even though no evidence suggests that current equipment is vulnerable to hacking.

In an exchange that turned tense at times, Sen. Bob Mensch, R-Montgomery, asked Department of State officials why they are mandating $125 million in technology upgrades on a tight deadline. The matter dominated much of the agency’s annual budget hearing before the Senate Appropriations Committee.

Mensch was taking issue with a 2018 recommendation that Pennsylvania replace all of its voting machines before the 2020 presidential election. Current machines don’t allow voters to verify their votes after they’re cast.

Pennsylvania is one of 13 states across the country that uses such machines. It was also one of 21 states targeted by international hackers in the 2016 elections, federal officials say.

To date, no evidence suggests that hackers breached Pennsylvania’s voting systems in 2016.

But federal agencies warn that hackers will make new attempts to infiltrate systems during the 2020 election, especially in swing states like Pennsylvania.

Mensch cast doubt on that prediction in the Senate Appropriations hearing Wednesday. He said that Pennsylvania’s current machines aren’t connected to the internet, and therefore couldn’t be hacked online.

Acting Secretary of State Kathy Boockvar said that hackers could interfere with elections by changing the cartridges that tabulate votes — a scenario that Mensch called “ludicrous.”

The recommendation that Pennsylvania upgrade its voting machines came from the Department of State in 2018 and was later affirmed by the Blue Ribbon Commission on Pennsylvania’s Election Security, which was convened to evaluate voting security practices and advise Pennsylvania election officials on how to adopt them.

After the hearing, Mensch emphasized that Pennsylvania should always strive to improve its election security.

But since the machine upgrades are expected to carry a $125 million price tag, lawmakers and election officials must take time evaluating replacement options, he said. He called the 2020 implementation deadline “arbitrary.”

Mensch said that special interest groups with political motivations are trying to hasten the rollout of new voting equipment. He declined to identify any groups by name.

The members of the Blue Ribbon Commission include foundation presidents, policy experts, and cyber security experts.

During Wednesday’s hearing, state Sen. Mike Folmer, R-Lebanon, said that groups advocating for reforms, such as the Brennan Center for Justice and Common Cause PA, also have lobbying arms.

Boockvar said the Department of State is following the guidance of national security officials and the federal intelligence community, who all agree that the technology Pennsylvania employs is outdated.

“Everybody agrees on one thing: that these systems need to be upgraded to voter-verified paper trails by 2020,” Boockvar said. “If we don’t, we will be the only swing state, if not the only [state] in the country, without a voter verified paper trail. That’s not a position any of us want to be in.”

The cost of voting equipment upgrades will be borne by Pennsylvania’s 67 counties, which administer local, state, and federal elections. The Department of State has $14 million this year, mostly from federal funds, to reimburse some of those costs. County governments will have to finance the rest.

Boockvar said that some counties have discussed issuing bonds to purchase the new machines. Others could broker financing agreements with vendors, which could carry hefty interest rates.

Mensch warned that lawmakers have rushed through election upgrades once before. They’re now paying the cost, since the machines they purchased more than a decade ago are already outdated, he said.

“We are in the place where we are today, without paper trails, because we made technical decisions that were not good decisions in retrospect,” Mensch said. “My concern is we have a rush to 2020 [at] a huge expense to taxpayers.” 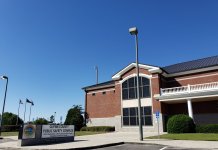 In the case of slain Georgia jogger: We need justice for this modern lynching 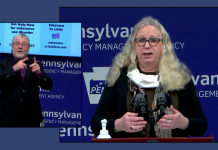 Levine urges continued caution as some counties move to reopen