Imagine a world where job creators with ground breaking innovations and programs grow their companies in Pennsylvania.

It is hard to think of these days because our state ranks among the worst in the nation in measures of state regulatory restrictions. Supporters of these regulations argue they protect us from the very worst of big industry, but ensuring we hold the bad actors accountable should not come at the cost of eliminating prospects for job growth.

Last Friday, The Capital-Star published an op-Ed by House Minority Leader Frank Dermody, D-Allegheny, that used fear mongering and hyperbole to distract you from the truth about what the House is currently considering.

To put it bluntly, Dermody’s conclusions about the bills are flat out wrong.

For years now, House Republicans have heard from employers, small business owners and even multi-national corporations.

The message was overwhelming; the regulatory landscape in Pennsylvania is burdensome, confusing and restrictive. The thousands upon thousands of red-tape-filled regulations slow the economy, keep future homeowners from achieving the American dream and force family farmers to give up their land and businesses.

The package of bills House Republicans are working to advance are not a “dirty dozen” made from backroom deals. Instead they are just a small step toward taking the handcuffs off business, and encouraging our state’s economy to keep up with the growth rate the rest of the nation is enjoying.

House Majority Leader Bryan Cutler's closing argument: “We cannot have affordable housing, business start ups or expansion in the Commonwealth if we continue to have regulations that force businesses that go elsewhere."

For example, the state’s permitting process needs an update. In some cases, there is no timeline, and job creators can wait months or years before a project can get approved by no fault of their own. Meanwhile, employees are left not working, and communities suffer the consequences.

Our neighboring states have established permitting deadlines, giving industries and employers a reasonable timeline for when to expect an answer. Imagine any application process you go through. Is it not fair to expect a timely response?

Rep. Kate Klunk is using the example of throwing out her old teal blue platform sandals as part of spring cleaning to say the state needs to toss out some of its 153,000 regulations. "We could probably call the A&E channel and be on their next episode of Hoarders."

The bills proposed do nothing to protect bad actors among our state’s industrial landscape, and just like anyone who abuses their power or doesn’t follow the laws, they will be held accountable. The purpose of the bills in question is to motivate companies to self-report potential violations. Regulatory compliance officers can only be in so many places at once. Steps to encourage accountability and responsibility among companies is a step in the right direction.

Dermody’s scare tactics do nothing to keep communities safe or grow jobs. Blatantly fanning imaginary flames with falsehoods does nothing to help our state, and only encourages members to not work together on the important topics we agree on.

If our state hopes to attract the “Amazon” of the future or inspire our best and brightest to grow the next Amazon here in the Commonwealth, then these are just a few of the smart changes we need to make that possible. It’s not a secret agenda being driven by outside interests; it’s simply government done right.

State Rep. Bryan Cutler, a Lancaster County Republican, is the GOP floor leader in the Pennsylvania House of Representatives. He writes from Harrisburg. 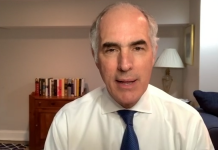 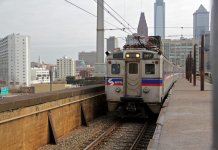 With COVID-19 cases on the rise, Philly will keep some virus restrictions in place 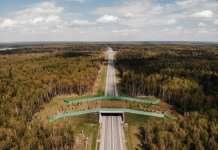