A first-year member of the Pennsylvania House on Monday offered a prayer laden with political and Christian imagery shortly before the swearing in of the chamber’s first Muslim woman.

“Jesus, you are our only hope,” Borowicz said during the prayer.

Borowicz delivered the prayer shortly before Movita Johnson-Harrell — the first Muslim woman elected to the General Assembly — was sworn in.

Johnson-Harrell said the prayer was “highly offensive to me, my guests, and other members of the House.”

“It blatantly represented the Islamophobia that exists among some leaders — leaders that are supposed to represent the people,” Johnson-Harrell said in a statement sent via text message. “I came to the Capitol to help build bipartisanship and collaborations regardless of race or religion to enhance the quality of life for everyone in the Commonwealth.”

Johnson-Harrell said she had 55 guests in attendance, 32 of whom are Muslim.

The Pa. House traditionally opens up each session with prayer. After a federal judge ruled last year that agnostics, atheists, humanists, and other non-believers should be able to deliver invocations, the House stopped inviting guest chaplains to deliver prayers, relying instead on lawmakers.

Following a House committee hearing, Borowicz said she hadn’t heard any blowback to her remarks. She declined to comment further, but later told The PLS Reporter she won’t apologize.

Rep. Borowicz on her controversial prayer: "That's how I pray everyday." When asked to respond to Dems calling for an apology she says "Oh no, I don't apologize ever for praying"

The prayer drew immediate outrage from House Democrats and was denounced as Islamophobic by the nation’s largest Muslim civil rights group.

Rep. Margo Davidson, D-Delaware, yelled “objection” near the end of Borowicz’s prayer. House Speaker Mike Turzai, R-Allegheny, did not acknowledge the objection but touched Borowicz on the arm. She hastily concluded the prayer.

“As an evangelical Christian, I was offended by [the prayer’s] lack of humility or care or, dare I say, love for a human being duly elected by [her] district,” Davidson said in a statement via text message. “It was mean spirited.”

Today we're swearing in the 1st Black Muslim woman to the PA General Assembly. To honor the occasion @RepTurzai invites the most inappropriate, racist, islamophobe to ramble a "prayer" thanking Trump, Jesus, and Israel. Most inappropriate thing ive witnessed in my 4 months

“What we do not need is to see prayer and religion twisted to intimidate, discourage or subtly degrade any Pennsylvanian, especially one sent by her constituents to represent them in Harrisburg,” Harris said in a statement. “I’m confident this issue will be dealt with appropriately and our opening prayer will be returned to an inclusive invocation allowing us to respect each other and our differing beliefs.”

A sociologist who studies Islamophobia in the U.S. said that Johnson-Harrell and others were right to identify the prayer as Islamophobic, even though Borowicz never mentioned Islam or Allah.

Erik Love, a professor at Dickinson College in Carlisle, said the prayer reinforced the primacy of white Christianity in American public life and politics.

“The idea behind Islamophobia is that the U.S. or Pennsylvania is properly a white and Christian place,” Love said. “Christians are first-class citizens, and then Muslims are at best second-class citizens or are unwelcome.”

Given the context in which Borowicz’s benediction was delivered — on the day that the Legislature was to welcome its first Muslim woman representative — “it’s an attempt to reaffirm the idea that Pennsylvania is a Christian, white commonwealth and someone like Rep. Johnson is less welcome,” Love said.

“It doesn’t explicitly say [Pennsylvania] is a Christian commonwealth, but the implication is quite clear,” Love added. “[Johnson-Harrell] is correct to say it was divisive and offensive.”

“This was a mean-spirited, Islamophobic, anti-semitic, and xenophobic benediction which should have never been delivered in the statehouse,” said Jacob Bender, executive director of the Philadelphia chapter of the Council of American Islamic Relations (CAIR).

Bender said that Borowicz relied on “triumphalist” tropes that implied the supremacy of Christianity over other religions.

By saying that Jesus is “our only hope” and by willing “every knee” to bow to a Christian god, Borowicz delivered a message that excluded not only Muslims but also Jews, Sikhs, Hindus, and Native Americans who follow indigenous traditions, Bender said.

Religious leaders and lawmakers can craft respectful, interfaith benedictions if they focus on universal principles shared by religious groups — ideas like caring for the poor and needy, Bender said.

That’s what Turzai called on lawmakers to do Monday, after outrage over Borowicz’s prayer spread on social media and in the press. Turzai called on members to remember to “deliver an interfaith prayer” when speaking.

“As you are preparing your thoughts, we’d ask that you craft a prayer that is respectful of all religious belief,” Turzai said.

“Never have we started out with a prayer that divides us,” Dermody said to applause from Democratic members. “Prayer should never divide us. It should bring us together.”

Given the historic significance of Johnson-Harrell’s election, and the spike in Islamophobic hate crimes world-wide, Dickinson’s Love said Borowicz squandered a valuable opportunity by choosing to deliver an exclusionary prayer.

“This would have been a great opportunity to reaffirm the very American values of pluralism, diversity, and religious freedom and to cherish the great strength that comes from diversity,” Love said. “It’s very unfortunate that instead of talking about that, we’re focused on this very controversial benediction.” 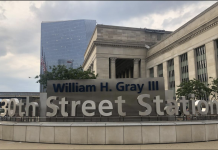 ‘We are boots on the ground:’ Here’s how county governments across Pa. are dealing with the COVID-19 pandemic 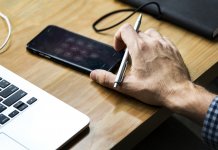 Text messaging and lots of it: How Steyer-founded PAC is reaching Pa. young voters in COVID-19 | Friday Morning Coffee