For people with disabilities, the process of getting access to federal aid designated for those with disabilities is far from simple. Waits can be lengthy, and at times, deadly. In Pennsylvania, however, there is a program that people can rely on as they wait to be approved for Disability benefits: General Assistance. But, due to targeted attacks from Harrisburg, this program is under threat with legislation calling for its elimination.

According to a report earlier this year from Allsup, an Illinois-based company that helps people enroll in benefits, more than 800,000 people nationally (almost 38,000 people in Pennsylvania alone) were waiting for a hearing that would determine their eligibility for federal benefits.

Currently, the average wait time for a hearing is over a year and half.  The Social Security Administration called its backlog of pending appeals a “public service crisis.”  In 2017, more than 10,000 people died waiting for benefits.

This means that people with a disability are waiting more than a year – during which they may not be able to work – to receive the benefits that will help them pay for rent, groceries, medications, and other necessities.

Waiting can mean that paying for daily necessities can be extraordinarily difficult, and, at times, nearly impossible.  Imagine not having access to proper food or medication, not being able to pay for a trip to your doctors’ appointment, or a person with epilepsy missing a round of medication.  The decisions that a person is forced to make while waiting can cause serious and irreparable harm in a person’s life.

General Assistance is a small, targeted and temporary program that helps people get through a crisis period, such as waiting for federal aid, by providing a small amount of financial assistance that recipients can use to pay for co-pays for medications, to contribute toward rent or utility bills, or to buy necessities like a winter coat or personal care items like deodorant.

General Assistance is available only to very specific populations – and the vast majority of the people served have a temporary or permanent disability.

Importantly, for people applying for disability, General Assistance functions as a loan.

When GA recipients receive Social Security Disability payments after waiting months or years to be approved, all of the GA benefits issued to that person are taken out of that payment and go directly into the state treasury.  For people using General Assistance under other categories – such as those escaping domestic violence or who are in treatment for a substance use disorder – the program is limited to only 9 months.

With wait times for getting approved for Disability at such high levels, General Assistance has become a critical program for people with disabilities to meet their most basic needs as they wait to qualify for federal Disability benefits.

General Assistance helps people avoid losing their homes or ending up in a medical emergency, and it is far less expensive than the services—such  as homeless shelters or hospitals—that would be required to manage these emergencies.

Despite all this, the General Assistance program has been under attack in Harrisburg for years.  It was eliminated by the legislature in 2012 and was only recently reinstated by the courts. In just under a year, thousands of Pennsylvanians statewide – most of whom have a disability – have benefitted from the program.

The fate of General Assistance remains uncertain, and lawmakers in Harrisburg continue to target the program.  Recently introduced legislation, which is scheduled to be incorporated into the budget process and up for a vote over the next few weeks, would eliminate the program completely.

As advocates for people with disabilities, we call on the Legislature to preserve the General Assistance program.  Without it, thousands of people who are waiting for disability benefits will have lost one of the only options they have to meet their most basic needs as they wait.

Peri Jude Radecic is the CEO of the advocacy group Disability Rights Pennsylvania, which maintains offices in Harrisburg, Philadelphia, and Pittsburgh. 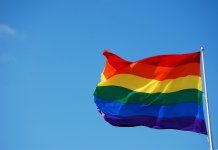 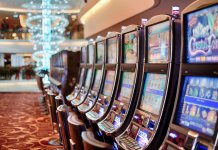