WASHINGTON — Democrats and Republicans in Congress seem to agree on expanding access to paid family leave. But they disagree on how to do it.

U.S. House lawmakers debated three bills on Capitol Hill this week that would take dramatically different approaches to expanding access to paid leave, with Democrats and Republicans deeply divided on the best approach.

Congress is diving into the issue as polls show that most Americans support paid family and medical leave for all workers.

The United States lags far behind the rest of the world when it comes to paid leave for new parents — it’s one of only two countries in the United Nations with no statutory national policy of paid maternity leave.

Many Democrats in Congress are pushing for the FAMILY Act, which would provide all workers with family and medical leave insurance.

Under the bill, workers would be eligible for 60 days or 12 weeks of partial income for the birth or adoption of a child, or the injury or illness of a family member. The program would be funded through a payroll tax of 2 cents for every $10 of wages.

More than 200 House Democrats, including eight of nine of Pennsylvania’s Democratic House members, have signed on to the bill, as has one Republican.

A bipartisan bill, the Advancing Support for Working Families Act, would allow families to draw on child tax credits for a year after the birth or adoption of a child. The bill has the support of five Republicans and three Democrats in the House.

Companion measures have been introduced in the Senate.

While House lawmakers agreed over the general need for paid family leave, they sparred over which plan would best benefit workers and the economy.

It’s “one more tax” on employees and employers, said Florida Republican Rep. Vern Buchanan, who voiced support for a tax credit instead.

Conservatives also argued that small businesses should be able to customize benefits packages to meet unique needs and said it could unfairly burden stay-at-home caregivers and people without children.

Democrats, meanwhile, praised the FAMILY Act for its economic benefits and expressed concerns over proposals that would cut worker benefits and leave people uncovered during times of emergency.

House Ways and Means Committee Chairman Richard Neal of Massachusetts cited a study finding that a median-earning new mother who took paid leave after the birth of two children would get $11,000 in paid leave benefits but $29,000 less in Social Security benefits under the GOP proposal.

The FAMILY Act directly addresses the “two key ingredients” in gross domestic product — workforce participation and worker productivity, said Rep. Ron Kind, a Wisconsin Democrat. “This is important for the male workforce as well,” he said, noting that it would support men’s childrearing and family caregiving responsibilities.

Despite their disagreements over details, lawmakers of both parties were optimistic about progress.

“This is an issue I think Republicans and Democrats can work together on,” Rep. Kevin Brady of Texas, the top Republican on the House Ways and Means Committee, said Tuesday.

“Paid leave is finally at the center of our public discourse,” said Connecticut Democrat Rep. Rosa DeLauro, author of the FAMILY Act. “We are closer than ever to making this a reality for families.”

Republican Reps. Ann Wagner of Missouri and Elise Stefanik of New York — who testified on behalf of GOP-backed bills — said they were encouraged by the bipartisan interest in the issue.

The Family and Medical Leave Act, enacted in 1993, provides certain employees job-protected unpaid leave for specified family and medical reasons. But the law does not apply to a large swath of the workforce, and many eligible employees don’t participate because they can’t afford it.

Last month, President Donald Trump signed into law a bill that gives federal workers 12 weeks of paid leave to care for a newborn or adopted child — extending the same benefits currently given to the military to the 2.1 million civilian members of the federal workforce. The benefits take effect in October.

Eight states and the District of Columbia currently provide paid family leave. Vicki Shabo, senior fellow for paid leave policy and strategy at the Washington-based think tank New America, said she is encouraged by activity at the state level.

Tuesday’s hearing, she noted in an email, came on the same day as state-level hearings on the issue in Virginia and Pennsylvania and on the heels of other action in Idaho, New Mexico, Tennessee, New Hampshire and Vermont. 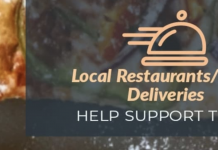