An election guide, a prayer controversy and an ice cream trail: These are your Top 5 most-read stories of 2019

Our first year as a news organization is nearly in the books. So it seems only reasonable, at this time of natural pause, to take a look back over the very busy year that was, and to see what stories piqued your interest, stirred your anger and moved your hearts.

Courtesy of the magic of web analytics, here are your Top Five most-read stories of 2019. Thanks for all your support this year. We’ll see you all again for an even busier 2020.

1. Pennsylvania primary 2019: Your guide to Tuesday’s statewide and special elections

Staff Reporter Stephen Caruso’s rundown of last spring’s very important primary election was your most-read story of 2019. It’s a reminder for us that you can never go wrong with user’s guides. And for the body politic, it’s a reminder that there’s no such thing as an off-year election.

From beginning to end, the brief tenure of state Rep. Movita Johnson-Harrell, D-Philadelphia, who resigned earlier this month after being charged with embezzling more than $500,000 from a nonprofit she ran, had no shortage of headlines.

Johnson-Harrell, the chamber’s first Muslim woman member, clashed with fellow freshman Rep. Stephanie Borowicz, R-Clinton, after the latter opened House session on her swearing day with an invocation laden with Christian and political imagery. Johnson-Harrell denounced the prayer as an instance of “blatant Islamophobia.”

Borowicz later defended the prayer to a radio interviewer, saying she wouldn’t apologize for it. The prayer reignited the debate over the House’s practice of opening session with an invocation. In August, the Republican-controlled chamber won a court challenge, brought by an atheist group, claiming the prayer unconstitutionally barred them from participating.

The decision by the 3rd U.S. Circuit Court of Appeals “[upheld] the House’s policy of limiting prayers at the start of legislative sessions to guest chaplains who believe in God or a divine or higher power,” the Associated Press reported at the time.

3. These are the most — and least — prosperous places to live in Pennsylvania

Shortly after our launch, we started running a weekly feature called “The Numbers Racket,” that highlighted interesting pieces of data, charts, graphs and visualizations that told us a bit more about the very diverse commonwealth that we all call home.

This ranking list, compiled by the Hamilton Project, at the Brookings Institution, took stock of America 10 years after the Great Recession. The bottom line: Not all parts of the country have shared equally in the recovery.

In fact, “prime-age employment rates are 16 percentage points lower in the bottom quintile of counties compared to those at the top. This gap is equivalent to bottom-quintile counties facing three Great Recession declines relative to top counties—a stark measure of the varying employment opportunities and outcomes that Americans face depending on their location,” researchers concluded in that March 4 piece.

Crunching the data in the report, I found the Top 10 most — and least — prosperous counties in Pennsylvania. Chart positions were based on a “prosperity score” put together by The Hamilton Project that combined such factors as a “county’s median household income, poverty rate, unemployment rate, prime-age employment rate, life expectancy, and housing vacancy rate,” according to the report.

The Top 10 Most Prosperous, based on their Prosperity Index Score:

The Top 10 Least Prosperous, based on their Prosperity Index Score:

Should we bring back the Numbers Racket? Tweet us @PennCapitalStar or email [email protected] and let us know. 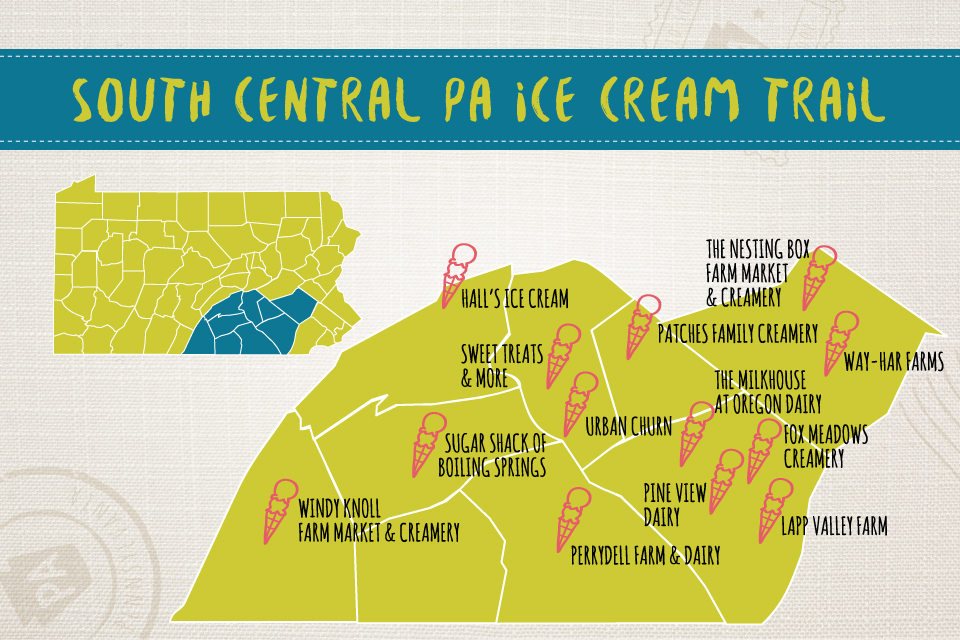 4. There are now three (!) state-sanctioned ice cream trails in Pennsylvania

The marketing whiz who came up with this one earned every penny of their holiday bonus. Because, sometimes in the hottest days of summer, all you really want to know is where to get the best ice cream. And as the Capital-Star staff can personally attest, we did our darndest to follow this trail. Former Associate Editor Sarah Anne Hughes, the author of this piece, did the best out of all of us.

Another piece of crackerjack reporting by Stephen Caruso and Elizabeth Hardison reminding us that you guys really, really, really like voters guides.

That goes to the top of the to-do list for 2020 when all 203 members of the state House; half the 50-member state Senate; all 18 members of the U.S. House and part of the U.S. Senate; all three row officers, and the occupant of some overpriced mansion in Washington D.C., will all be on the fall ballot. It’ll be a busy year, to be sure.

An election guide, a prayer controversy and an ice cream trail: These are your Top 5 most-read stories of 2019