When you turned on the lights in your house this morning, there’s a good chance the electricity came from a nuclear power plant.

Nuclear energy has been Pennsylvania’s largest energy source for decades. But the industry says it’s struggling to maintain its foothold as energy demand flatlines and natural gas prices plummet.

Two of Pennsylvania’s five nuclear power plants are slated to close in the near future due to stagnant profits. That’s why the nuclear industry is asking Pennsylvania lawmakers to amend the state’s clean energy law to classify nuclear as a renewable source.

Nuclear energy has long been recognized as a resilient, reliable and safe source of low-carbon energy. But it’s not designated as a clean energy source under Pennsylvania law.

That would change under a proposal from members of the state’s Nuclear Caucus. It would let nuclear plants compete with renewable sources, such as wind, solar, and biofuels, which, by law, must provide 18 percent of Pennsylvania’s energy.

They say a reform would preserve the state’s nuclear power fleet and prevent the loss of thousands of well paying jobs.

But opponents say that similar deals, including one in neighboring New Jersey, have led to higher electricity bills for consumers.

The prospect of higher energy costs has garnered the proposal plenty of critics, who also say it’s unfair to make consumers bail out an industry that churns reliable profits.

Nuclear competitors, such as the natural gas industry, also say the government shouldn’t tamper with free market forces in the energy sector.

The bailout debate will likely be one of Pennsylvania’s most significant policy fights of 2019. So, let’s break it down a bit more:

Pennsylvania is home to five nuclear power plants. One of them, Three Mile Island in Middletown, Dauphin County, gained infamy after a partial meltdown in 1979.

As of 2017, nuclear energy was Pennsylvania’s primary energy source, with those five plants generating 42 percent of the state’s overall power, according to the U.S. Energy Information Administration. The state also gets energy from natural gas, coal, and renewable energy sources like wind and solar power.

Pennsylvania nuclear plants also supply power to other states along the East Coast. Overall, Pennsylvania is second in the nation for its nuclear power capacity, right behind Illinois.

Aside from providing power, the plants are also a big chunk of the state economy. A 2016 report — sponsored by industry allies — claimed nuclear plants put $2 billion into the state economy and sustain 16,000 jobs.

Even though they dominate the market, nuclear power companies say they can’t compete with prices of the state’s other energy providers, including the booming natural gas industry.

Across the country, nuclear plants are struggling to stay profitable amid a decreasing demand for electricity and a growing supply of cheap natural gas.

Three Mile Island, located just 10 miles from the state Capitol in Harrisburg, hasn’t been profitable in five years, according to its owner, the Chicago-based Exelon Corporation. Exelon said in 2017 that they’ll close the plant for good in 2019 if Pennsylvania lawmakers don’t let nuclear plants compete with clean energy sources.

According to an independent analysis, all of Pennsylvania’s nuclear power plants except for TMI ran surpluses ranging from $150 to $193 million in 2018. TMI lost $37 million. The report predicts revenues will decline over the coming years industry-wide.

What are lawmakers proposing?

A group of state lawmakers say they want to aid the ailing nuclear industry, but they haven’t introduced legislation explaining how exactly they’ll do it.

In January, members of the state’s bipartisan, bicameral Nuclear Caucus circulated a memo describing a fix in broad terms. They want to amend Pennsylvania’s clean energy law to designate nuclear as an alternative energy source.

Who’s against the proposal?

Lots of trade and interest groups are lobbying against the nuclear proposal.

Consumer advocates — from the AARP, which represents senior citizens, to the Pennsylvania chapter of Koch-backed Americans for Prosperity — say consumers shouldn’t have to pay higher rates to keep nuclear power plants afloat.

The manufacturing industry also opposes any policy that would increase energy prices.

Many critics of the policy proposal have organized as Citizens Against Nuclear Bailouts (CANB). According to its spokesperson, Steve Kratz, profitable nuclear companies are threatening to shut down just so they can get a competitive advantage from state governments.

“This is a boardroom decision, not a legislative session,” Kratz said. “It’s corporate greed disguised as green.”

Environmental groups are split on the broad-strokes proposal that’s circulating among lawmakers.

“We definitely value nuclear as a zero-carbon energy source, but we really think if Pennsylvania is going to do something to help the nuclear industry, it needs to be broader commitment to a a carbon reduction strategy,” John Walliser of the Pennsylvania Environmental Council said.

National environmental groups also say they’re wary of a policy tailor-made for a single industry, especially when it isn’t part of a larger plan to reduce carbon emissions and fight climate change.

Is this a bailout?

As far as critics are concerned, any free market interference that favors a high-cost good over a low-cost one amounts to a subsidy or a bailout.

But Sen. Ryan Aument, one of the co-sponsors of the forthcoming legislation, rejects the “bailout” label. Any price increase is worth it, the Lancaster Republican said, for the environmental benefits nuclear energy can provide.

“It’s a clever political turn of phrase, but it ignores how complex this issue is,” Aument said. “It’s a simple label when what we are seeking to do is not bail out a company or bail out an industry. This is not a direct subsidy. What we are attempting to do is ensure each resource is being appropriately compensated for the value it brings to system.”

How likely is legislation to pass?

New House Majority Leader Bryan Cutler’s Lancaster County district is across from a nuclear plant. He’s sympathetic to the industry, but hasn’t explicitly come out in support of the Nuclear Caucus proposal.

Still, the General Assembly’s pro-nuclear caucus counts 79 bipartisan members in both the House and Senate. The issue also puts unions, environmental groups, and industry lobbyists on both sides, setting up a match between some of the Capitol’s most powerful special interests.

One thing you can expect? A lot of spending. 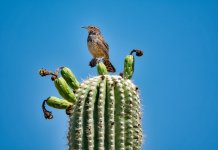