A Republican lawmaker from Pennsylvania is teaming with one of his Democratic colleagues to press the incoming head of the U.S. Environmental Protection Agency for more clarity on the agency’s plans to regulate a class of chemicals found in drinking water that are raising serious public health concerns.

They sent the two Senate leaders a letter this week asking them to do just that.

Fitzpatrick and Kildee say they want those questions answered before the Senate votes to confirm Wheeler, a former coal industry lobbyist, who was tapped by President Donald Trump to lead the regulatory agency.

At his confirmation hearing in January, Wheeler faced tough questions about his efforts to roll back Obama-era regulations aimed at fighting climate change, The New York Times reported. He’s replacing former EPA Administrator Scott Pruitt, who resigned last July in the wake of an ethics scandal.

During a news conference in Philadelphia last week, Wheeler, now the EPA’s acting administrator, released the agency’s plans to fight PFAS, which were used for years in the manufacturing of products like cookware, carpeting, rainwear, and shoes. They were also used in manufacturing polishes, cleaning products, and even microwave popcorn bags because they make surfaces heat-, water- and stain-resistant, Roll Call, a publication that covers Congress, reported this week.

According to Roll Call, PFAS are now being referred to as a “forever chemicals” because they take so long to degrade. In addition, “safety concerns about their replacements have become a new national environmental crisis,” the outlet reported.

“It’s more than just a crisis, it’s actually a tragedy when you read about the people who’ve been affected, like the folks in West Virginia,” Daniel Rosenberg, an environmental attorney and director of the toxics program at the Natural Resources Defense Council, told Roll Call.

That’s a reference, according to Roll Call, to “the thousands of people in and around Parkersburg, West Virginia, who were exposed to a form of PFAS used at a DuPont and Chemours Co. plant that has manufactured Teflon cookware and other products for decades. In 2017 DuPont agreed to pay more than $670 million to settle 3,550 damage claims related to the exposure.”

During that Philadelphia news conference, Wheeler said EPA officials were “moving as quickly as we can” to address PFAS contamination in drinking water, The Philadelphia Inquirer reported. Communities nationwide, including in Bucks and Montgomery counties, which are in Fitzpatrick’s district, have been impacted by the pollutant.

According to The Inquirer’s report, Wheeler also said the EPA would propose more testing to determine whether PFAS contamination was “more widespread than currently known.”

In a statement, Fitzpatrick said the EPA’s announcement was “long overdue but left many questions unanswered. In communities throughout Bucks and Montgomery counties, these toxic chemicals have poisoned the water of tens of thousands of residents, and the EPA has failed to act.

“Our community needs to know that Acting Administrator Wheeler’s commitment is genuine, with a firm timeline of actionable steps, and not just a vague plan leading to more inaction. The time to act is now and these questions must be satisfactorily answered prior to confirmation,” Fitzpatrick said.

“Before he is confirmed to lead the EPA, Acting Administrator Wheeler must lay out a specific timeline for achieving the actions in the plan so the public can hold him accountable. Communities across the country are dealing with PFAS contamination and they need urgent action by the EPA now,” Kildee said.

The lawmakers say that before the Senate votes to confirm Wheeler, members should press him to establish “maximum contaminant levels” for the pollutants and “declare these are hazardous substances so people can have safe drinking water and aggressive cleanup can begin.”

Read the full text of the letter below:

“We write to you regarding the nomination of Andrew Wheeler to be the Administrator for the U.S. Environmental Protection Agency (EPA). Last week, Mr. Wheeler announced the EPA’s PFAS Action Plan. Considering years of inaction by the EPA regarding PFAS, the fact that EPA released a plan to mobilize a comprehensive response to these toxic chemicals was welcome news. We are concerned, however, about the lack of timelines for accomplishing many of the action items in the plan, especially setting a Maximum Contaminant Level (MCL) for two types of per- and polyfluoroalkyl Substances (PFAS), perfluorooctanoic acid (PFOA) and perfluorooctanesulfonic acid (PFOS) and designating them as hazardous substances.

“PFAS are a dangerous class of chemicals that are extremely persistent in the environment, break down very slowly in the human body, and are associated with a plethora of adverse health effects, including cancer, high cholesterol, weakened immune system and hypertension during pregnancy.

“Two types of PFAS—PFOA and PFOS—are in firefighting foam used to extinguish certain classes of fires. In our districts, this firefighting foam has been used at current and former military bases and has leached into people’s water supply surrounding these facilities. As a result, thousands of our constituents have been drinking and cooking in water contaminated by these toxic chemicals for many years. Protecting their health and ensuring their access to safe, clean drinking water is our highest priority.

“While we were pleased to hear that the PFAS Action Plan includes, in addition to a number of other actions, the intention to establish a MCL for PFOA and PFOS and to designate these two PFAS as hazardous substances, the proposed timeline for these actions was unclear. This is not the time to continue to make plans for discussion about how to protect our constituents from these harmful chemicals, this is the time for regulatory action.

“As such, prior to his confirmation as Administrator of the EPA, we are respectfully requesting that you ensure Mr. Wheeler’s firm commitment to quickly and aggressively regulating these chemicals with a timeline where Congress can hold the EPA accountable.  Equivocation and procrastination are unacceptable; the health and well-being of our constituents depends on swift and effective regulatory action.” 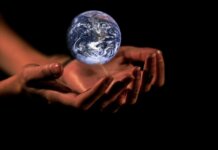