Despite a natural gas boom and health concerns over drilling from environmentalists, the state Department of Health has received just 160 complaints related to drilling over the last decade.

On Thursday, Stephanie Hasanali, of the department’s Bureau of Epidemiology, briefed a state oversight committee charged with approving environmental regulations on the data the agency has collected since 2011.

The state Department of Environmental Protection, meanwhile, received 9,000 complaints about environmental issues between 2004 and 2016, Hasanali told the Air Quality Technical Advisory Committee, which is part of DEP.

At least early on, the Department of Health wasn’t responding to complaints, according to StateImpact, an NPR project covering natural gas development.

The outlet found in June 2014 that department managers under former Gov. Tom Corbett advised employees not to talk to anyone who called and mentioned fracking-related keywords.

The process was updated soon afterwards to send return letters to complainants acknowledging their call.

Hasanali added Thursday that next steps for the department could include outreach to increase awareness of the complaint process.

The air quality committee, according to its bylaws, is tasked with “the technical and economic or other social impacts of existing, new, or proposed revisions to pollution control regulations, policies, and new control techniques or technologies affecting air.”

It is made up of county air quality officials, environmentalists, public health advocates, engineers, and industry representatives, among others.

Complaints to the Health department mostly referenced water contamination, air pollution, noise and truck traffic, light, radiation, and general stress, according to handout from Hasanali. The complaints are administered over the phone by department staff, who then file an electronic form of the concerns.

All were self-reported. Some members of the panel, which approves new regulations including those restricting greenhouse gases, raised concerns about selection bias.

But the complaints, as part of wider concerns the board has heard around natural gas production, caused others to ask for more and better data.

”I understand the concerns,” Joe Duckett, a retired environmental engineer from SNC-Lavalin America Inc., said. But he added that he doesn’t think the data collected justifies the level of worry.

Part of the problem, Hasanali said, is that the state doesn’t have the resources to gather in-depth data. For example, while the Department of Environmental Protection often takes water samples, there are not as many air samples from near fracking sites.

Health department spokesman Nate Wardle said in an email that the agency is “currently looking at potential options to assist in funding additional research on the effects of oil and natural gas in Pennsylvania.”

While many environmentalists and community groups have raised concerns around fracking, no studies have shown a definitive cause and effect relationship between the industrial process and health risks.

Studies have linked proximity to natural gas wells to respiratory issues and low birth weights, among other concerns. A 2016 study by Yale University of 1,000 different chemical compounds in fracking fluids found “55 unique compounds with carcinogenic potential.”

But those studies, combined with a string of rare cancer cases in Washington County, are enough for Ned Ketyer.

The retired pediatrician and consultant with the Southwestern Pennsylvania Environmental Health Project argued that the state shouldn’t need to see anything more to take decisive action against fracking.

“Things should operate only when safety is proved, not when harm in proved,” Keyter told the Capital-Star.

There are currently 116,475 active conventional oil and gas wells in Pennsylvania, and 10,709 active unconventional wells, according to DEP data. The latter are created by fracking, or the injection of fluid into the ground to crack open subterranean rocks and extract natural gas.

The practice — which was only allowed for conventional drillers, not fracking — was banned by DEP in 2018. 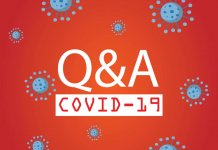 An expert answers your COVID-19 questions