After a decade of depleted budgets, warnings from the United States Environmental Protection Agency about insufficient programming, intense media coverage of statewide and national water quality failures, and a lawsuit against the state for its pollution of the Chesapeake Bay, the state Department of Environmental Protection was already caught trying to do more with less.

Now with COVID-19, DEP field inspectors have been limited in what they can do — though a department spokesman said air quality testing and inspections on public water systems have continued.

Pennsylvania has 91 Superfund sites, according to the EPA’s National Priorities List. Superfund sites are areas in which hazardous substances are released or potentially could be released into the environment.

After the federal government identifies such sites, the EPA ensures the sites are cleaned up by responsible parties or through government funding — 90 percent of which comes from the EPA and the remaining 10 percent from Pennsylvania’s DEP for Superfund sites in the Keystone State.

By contrast, large states such as Texas and Florida only have 55 and 53 Superfund sites, respectively.

At the state level, Pennsylvania also has 10 active hazardous site cleanups, which are fully under DEP’s jurisdiction.

According to an EPA spokesperson, “decisions about continuing on-site activities are made on a case-by-case basis.”

The “EPA is taking the necessary steps to ensure that decisions about ongoing cleanup activities at Superfund sites are made with the health and safety of communities, EPA staff, state and tribal partners, and contractors as the priority,” they said, adding that the EPA “maintains the ability to respond to environmental emergencies at Superfund sites, or in any other situation where we are called upon to protect human health and the environment by responding to the release of chemical, oil, radiological, biological and other hazardous materials.”

The DEP did not comment on how active inspectors and remediation work at these Pennsylvania sites have been during the pandemic.

Dave Hess, a former DEP secretary, said the reduction in inspections during the health crisis is his biggest concern.

“The less inspections you have, the greater the risk there is of leakage and contamination of water,” said Rep. Greg Vitali, D-Delaware, who is the ranking member on the House Environmental Resources and Energy Committee.

While Hess said the department staff is doing the best it can while largely working from home to continue to respond to environmental complaints it receives, Ezra Thrush, the director of government affairs at PennFuture, said he’s concerned about “permits that go out the door” and that things happening in the field “aren’t getting the full eye they deserve.”

But problems with the department’s capacity to adequately do its job have long preceded the pandemic. The department’s budget was cut from $229 million in 2008 to $125 in 2012 and climbed slightly to $156 million in 2019. Staffing is down almost 30 percent since 2002.

“The department has been grossly underfunded, and that’s frankly, fairly intentional,” Vitali said. “I think it’s something that conservatives in the House and the Senate want, and have been consistently pushing for in the last 15 years and, regrettably, it’s something the Democrats have been willing to use as a bargaining chip to get other things they want.”

The impacts on environmental outcomes have been felt in several areas and noted by other agencies and states, too. Maryland moved to sue Pennsylvania and the Environmental Protection Agency over allegations the state has failed to uphold its end of the Chesapeake Bay Program. The program, composed of six nearby states and the District of Columbia, is designed to “provide a framework for reducing nitrogen, phosphorus, and sediment loads to meet water quality standards in the Chesapeake Bay and its tidal tributaries.”

In the EPA’s evaluation of Pennsylvania’s Phase III of the plan this past December, the agency said the state’s planned efforts “do not achieve” its 2025 nitrogen-reduction target.

And in an attempt to fill a $7.5 million funding gap, the DEP was forced to raise permit fees in 2018 for the state’s Public Water Systems. The new revenue would allow the department to “restore” field inspector positions and “lower the workload” for the inspectors to “an acceptable level” of 100 to 125 inspections per year. If the increased fees were passed on to customers, an individual’s water bill would cost between 35 cents and $10 more, depending on the size of the PWS.

DEP data showed the average field inspector conducted 153 inspections in 2015. The new fees would bring that number down to 108. Meanwhile, total inspections fell from 9,927 in 2009 to 8,521 in 2017. Pennsylvania has the fourth highest number of PWS compared to other states, according to the DEP.

The drop in inspections came amidst a 2016 warning from the EPA to the DEP, warning the department that its failure to enforce safe drinking water standards could have “serious public health implications.” Since then, DEP has hired 33 new inspectors with the increased permit fees — but is still not up to the inspectors hired by the department in 2009.

“The General Assembly has been … funding this with bubblegum and band-aids,” Hess said. “They never dealt with that problem, even though year-after-year the agency goes to the GA and says the agency needs more funding, especially with chemicals in drinking water — that presents a huge issue and they’ve got to get that funding right, and yet the GA doesn’t respond. You look at each of those programs, and what you have is a degraded ability of the agency to perform its mission.”

Pennsylvania enshrined the “right to clean air” and “pure water” in its state constitution. But while the state’s air pollution has decreased by 41 percent the last 15 years, it’s still above the national average, according to the United Health Foundation. Air pollution can lead to decreased lung function, asthma, chronic bronchitis, irregular heartbeat, heart attack and early death in those suffering from heart disease or lung disease.

Now, a new initiative that would join Pennsylvania with other regional states to limit greenhouse gas emissions has been further delayed.

The Regional Greenhouse Gas Initiative among 10 Northeast and Mid-Atlantic implements a “cap and trade” on greenhouse gas emissions while investing the proceeds in energy efficiency and renewable energy. Pennsylvania is the lone Northeast state not already in the agreement: Connecticut, Delaware, Maine, Maryland, Massachusetts, New Hampshire, New Jersey, New York, Rhode Island, and Vermont all have joined RGGI.

Gov. Tom Wolf had originally instructed DEP to develop a plan for Pennsylvania to join RGGI by July 31, 2020. Citing disruptions caused by COVID-19, however, Wolf has now extended DEP’s deadline to Sept. 15.

“There are contingents in Harrisburg and in the Legislature and in these special interest communities that aren’t interested in Pennsylvania moving forward and joining RGGI,” Thrush said. “We have to move this forward because it’ll help out with public health, and bring proceeds back to Pennsylvania that we can reinvest in our communities.” 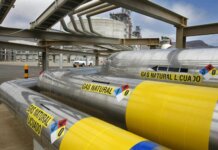