Correction: An earlier version of this article misstated who was governor when the Pennsylvania Climate Change Act was established.

Like many other rural, college towns, the residents of Indiana borough, near Pittsburgh, are  searching for ways to be more informed and proactive on the challenges that climate change poses to their community.

“We want to be a sustainable, welcoming community,” the borough’s Planning/Zoning Official, Nicholas Zimny-Shea, told the Capital-Star.

Working with the state Department of Environmental Protection, local municipalities such as 13,500-person Indiana Borough, are putting plans in place to protect their communities from climate-related changes and disasters.

Alongside Indiana Borough, 19 other municipalities across the state participated in a new initiative this year called the Local Climate Action Assistance Plan.

The plan is offered for free to municipalities, using funds provided by the U.S. Department of Energy.

“Many Pennsylvania communities have seen significant damage to their homes, businesses, and infrastructure from extreme flooding in recent years,” DEP Secretary Patrick McDonnell said in a statement. “We developed an innovative program that enables municipal leaders to proactively address flooding and other climate change impacts, by providing them with personnel and technical training and data to establish local climate action plans.”

With the help of college students from various colleges and universities across the state, local governments are taking a first glimpse at their risk factors in a changing environment.

According to DEP data, it’s projected that every county will continue to get warmer and wetter by mid-century, with average rainfall continuing to increase 8 to 12 percent, particularly in winter and spring, while average temperature rises 4.9° F.

Citing two record rain events in 2017, Shea said,  “it does seem as though these effects are real and happening now.”

To better understand the affects climate is having across Pennsylvania, last week, the DEP  and Penn State University’s Environment and Natural Resource Institute released their 2020 Climate Impacts Assessment.

Established in 2008 under former Gov. Ed Rendell, the Pennsylvania Climate Change Act, directed the DEP to “conduct a study of the potential impacts of global climate change on Pennsylvania over the next century and to prepare periodic updates.”

This year, the 149-page report, focused primarily on the impact climate change has on livestock, watershed management strategies and water quality goals and Infrastructure.

In many counties across Pennsylvania, agriculture is king And that includes livestock such as dairy cows, poultry and beef cattle.

It also found that:

In Cumberland County, Carlisle Borough, a graduate of the inaugural program, is expanding on their Local Climate Action Plan. They’re in the early stages of creating a county-wide climate action committee to help develop policy and come up with strategies to evaluate land use and agricultural efforts to mitigate climate change in their area.

According to the 2020 Climate Impact Assessment, flooding has the greatest potential for future impact on Pennsylvania’s aging infrastructure.

“Some counties facing the greatest impacts are also among Pennsylvania’s poorest,” the report noted.

Additional findings regarding infrastructure include:

Shea said that the increased precipitation has been a “test” for Indiana’s sewer systems, and likely has been for other communities across the state.

This also raises concerns mentioned in the DEP report regarding water quality and management systems.

’“We’re certainly experiencing some concerns that impact our infrastructure,” Indiana Borough Manager Michael Foote said. “So, we’ll continue to be looking at that and to explore how we can manage and mitigate some of the impacts that we’ve seen.”

For Carlisle Borough, Cumberland County, the infrastructure issue is transportation.

“We’d like to continue to be a showcase for vehicles, but if we’re going to do that, we have to make some infrastructure changes,” Hicks said.

For small, local governments far from Harrisburg, Shea said the program was an “opportunity to work with leaders in the state.

He added that Indiana Borough’s participation in the program “helps reinforce other programs” in the community, such as their SolSmart designation, a national designation that recognizes local communities who have made efforts to boost and support solar energy in their community.

“We are host to Indiana University of Pennsylvania,” Foote said. “So, these types of initiatives that we do, help contribute to the overall sense that we’re a learning community. So, to be involved with projects like this, helps, not only to expand the thinking of our resident community, but also our student community.”

For Carlisle Borough, participating in the program was “a no-brainer,” Hicks said.

Hicks said that climate policy most often comes from state and local governments, not the federal level. So, Carlisle, he said, “needed more deliberate planning when it came to carbon emissions,”

With 20 municipalities in 12 counties participating in the first Local Climate Action Assistance Program, the DEP says it’s gearing up for another session in July, pending funding availability.

“I would suggest that other communities participate,” Shea said. “This is a way that you can start adapting, mitigating and hopefully finding funding to cope with the effects of climate change. It also allows us to participate with our state government.”

“More municipalities expressed interest than we could accommodate,” Deb Klenotic, a spokesperson for the DEP said. “So, we’ve started a wait list, pending the U.S. Department of Energy’s approval of the 2020-21 Pennsylvania State Energy Program.” 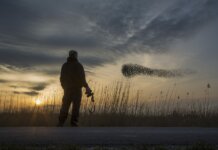 Bracing for the impact of climate change, local governments look to state for help

by Cassie Miller, Pennsylvania Capital-Star
May 1, 2020