“With today’s lawsuit we are taking action to make sure that EPA does its job and holds every state accountable for coming up with an adequate plan that meets their pollution reduction goals,” Virginia Attorney General Mark Herring said on a media call about the announcement Thursday morning.

The lawsuit has been in the works since May, when the three-jurisdiction coalition notified the EPA it intended to sue the agency. Federal law requires any party attempting to take legal action against a federal agency to first notify the government and then wait at least 60 days before filing a suit to provide an opportunity to resolve the dispute outside of court.

Almost double that time has elapsed since the initial notification. Maryland Attorney General Brian Frosh said Thursday that the jurisdictions had received “no response” from EPA despite two letters sent to the administration.

Under the 2014 Chesapeake Bay Watershed Agreement six states and the District of Columbia recommitted to reducing the flow of nitrogen, phosphorus and sediment into their waterways that empty into the bay. These pollutants, which come from agricultural runoff as well as wastewater treatment plants, stormwater and other sources, are the primary causes of algal blooms and water impairment in the Chesapeake Bay that lead to reduced oxygen and widespread die-offs of plant and animal populations.

But the most recent set of plans submitted by the states and Washington, D.C. to EPA in 2019 outlining the specific steps they would take to reduce pollution showed that both Pennsylvania and New York would fall short of their 2025 nitrogen-reduction targets by millions of pounds.

Nevertheless, EPA has not forced the states to make further revisions to their plans. Will Baker, president of the Chesapeake Bay Foundation, said that means “there is no reasonable assurance that either will get to the goal by the 2025 deadline.”

Frosh said that the coalition has had numerous conversations with the attorneys general of Pennsylvania and New York who said that they would like their respective states to “contribute more,” unfortunately, he said, it’s not within their power to do that, adding that the power lies with the governors.

“They are aware of the lawsuit and would like their states to do better,” Frosh said.

The coalition has a vested interest in Pennsylvania, where the Susquehanna River’s basin, which is responsible for 50 percent of the Chesapeake Bay’s freshwater, covers half the land area of Pennsylvania and includes all or portions of 66 of the state’s 67 counties.

According to Baker, “it has a direct impact” on the downstream states meeting their restoration goals.

Baker expressed concern for Pennsylvania’s waterways, which have seen water quality get worse, not better. A 2020 Department of Environmental Protection report found that more than 25,000 miles of the state’s 85,000 miles of rivers and streams are impaired.

The Chesapeake Bay Foundation also filed its own lawsuit against the agency Thursday in conjunction with the Maryland Watermen’s Association, Anne Arundel County and Virginia livestock farmers Robert Whitescarver and Jeanne Hoffman. Baker has said the foundation expects the two lawsuits to eventually be consolidated.

Early indications of the conflict between the bay states and the EPA broke into public view this January, when the agency’s top official overseeing the bay restoration, Dana Aunkst, called the 2025 cleanup goals “an aspiration” rather than enforceable targets.

Bay pollution reduction targets, known as total maximum daily loads, or TMDLs, have survived several major legal challenges since they were rolled out by the Obama administration in 2010. The TMDLs were upheld by federal judges in both 2013 and 2015. The following year, the U.S. Supreme Court declined to take up an appeal of the case, leaving in place the 2015 ruling that EPA had the authority to issue such limits for bay states.

Herring said both the states and EPA had previously agreed to pollution reduction plans as signatories of the 2014 Chesapeake Bay Watershed Agreement.

“The only way we are going to be able to accomplish what we have all agreed to in meeting our goals is if everyone, all of our partner states and the District (of Columbia), meet their goals,” he said. “And the other partner in this is the administrator, the EPA. And their part of the partnership is to review those plans.”

Sarah Vogelsong is a reporter with the Virginia Mercury, a sibling site of the Capital-Star, where this story first appeared. 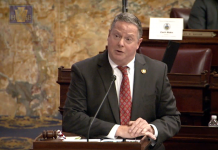 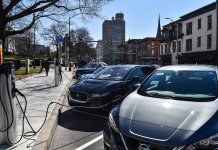