While western states such as California, Oregon and Washington battle wildfires, Pennsylvania is issuing drought watches for 18 of the state’s 67 counties — and a drought warning for one more.

Northern-tier Potter County has been moved from drought watch to warning.

These drought watches and warnings mark the first in several years in many parts of the state. The longest duration drought lasted 68 weeks, spanning from July 31, 2001 to Nov. 12, 2002.

Currently, 394,000 Pennsylvanias are living in drought conditions. Another 2,432,000 reside in abnormally dry areas, according to the U.S. Drought Portal.

The Pennsylvania Department of Environmental Protection (DEP) is asking residents of these counties to reduce their water usage.

“We’re asking residents in these counties to use water wisely and follow simple water conservation tips to ease the demand for water,” Secretary Patrick McDonnell said.

In counties listed as in a drought watch, DEP officials are asking residents to reduce their individual water use by 5-10 percent or three-to-six gallons of water per day.

In Potter County, residents are asked to decrease their water usage by 10-15 percent, or six-to-nine gallons, per- day.

The state agency makes its drought watch, warning and emergency declaration recommendations based on the normal ranges of four numeric indicators, assessing the departure of those levels from normal ranges by monitoring precipitation and soil moisture, stream flow, groundwater level and information from public water suppliers.

Despite the drought watches and warnings, the Pennsylvania Department of Conservation and Natural Resources has not issued any burn bans, as of yet.

In late August, Jefferson County, which is not listed on the drought watch list, implemented a countywide burn ban for 30 days following dry conditions. 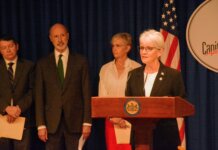 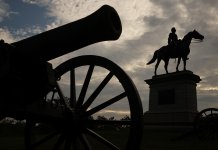 Nat’l parks struggling with maintenance, including Pa., would get a boost under Biden budget request