Less than a week before Election Day, former Vice President Joe Biden holds a 50-44 percent lead over President Donald Trump among likely voters in Pennsylvania, a state the Republican president must win if he wants to secure a second term in the White House.

The poll comes as Trump and Biden make frantic final pitches to voters across a half-dozen swing states, including Pennsylvania, that will be determinative on Election Day.

Trump carried Pennsylvania by little more than 44,000 votes in 2016, as he became the first Republican to carry the Keystone State since President George H.W. Bush did it in the 1980s.

In an accompanying memo, pollsters noted that “an important component of  … Trump’s 2016 victory in Pennsylvania came from a massive vote advantage in the counties he won.”

As of Wednesday, Biden held an average lead of 3.8 percentage point lead over Trump in Pennsylvania, according to the RealClear Politics polling average, as the race tightens in its final days.

Reflecting lines at county election offices and satellite locations across the state, voter interest in the election remains high. More than three-quarters of respondents (77 percent) said they were “very interested” in the election, reflecting a similar sentiment in 2016.

The poll, which closed before the Oct. 27 deadline for obtaining a mail-in ballot and early, in-person voting, finds more voters (53 percent) saying they intend to vote in-person than by mail-in ballot (44 percent). Nearly two-thirds of respondents (62 percent) said the vote count in the state will be accurate if mail-in balloting is widely used. But there were wide partisan discrepancies in that finding, pollsters noted.

Trump continues to get poor marks for his management of the COVID-19 pandemic, with 33 percent approving of his performance. Through midday Wednesday, the state Department of Health had confirmed 2,228 new cases, for a total of 200,674 statewide. The department confirmed 8,718 fatalities from COVID-19.

Voters listed the pandemic (27 percent) as their top concern this election season, with concerns about the economy finishing second at 21 percent.

Similarly, two in five voters (42 percent) said Trump was doing an “excellent” or “good” job, which tracked with his rating in recent F&M polls.

Our Stuff.
The U.S. Supreme Court turned down a request by Pennsylvania Republicans to fast-track their appeal of the state’s extended deadline for mail-in ballots. But the court held open the possibility of taking up the issue after the election, Elizabeth Hardison and Stephen Caruso report, with a small assist from your humble newsletter author.

The U.S. Postal Service lost an unknown number of ballots that were on their way to voters in Butler County, a local official has claimed. Caruso has the details.

Nearly half of Pennsylvania’s counties are under a drought watch, Cassie Miller reports.

With Philadelphia reeling from yet another police shooting of a Black man, experts have offered advice on coping with racial trauma, our partners at the Philadelphia Tribune report.

On our Commentary Page this morning, achieving herd immunity to COVID-19 through infection is a dangerous and deadly proposition that might not even work, a University of Pittsburgh expert writes. And a Pennsylvania artist wants you to make the choices that make sense when you cast your ballot.

Elsewhere.
President Donald Trump has announced a trio of Halloween events in the state, PennLive reports.
The Inquirer explains how Latino voters in Pennsylvania could end up swinging the election.
Ivanka Trump campaigned in western Pennsylvania on Wednesday. The Tribune-Review has the details.
The Morning Call talks to Pennsylvania bar owners who are struggling with occupancy restrictions as the state goes through another COVID-19 spike.
Elections officials in Luzerne County heard complaints about slow ballots and other issues, the Citizens-Voice reports.

Here’s your #Pennsylvania Instagram of the Day (Who’s a good boy edition): 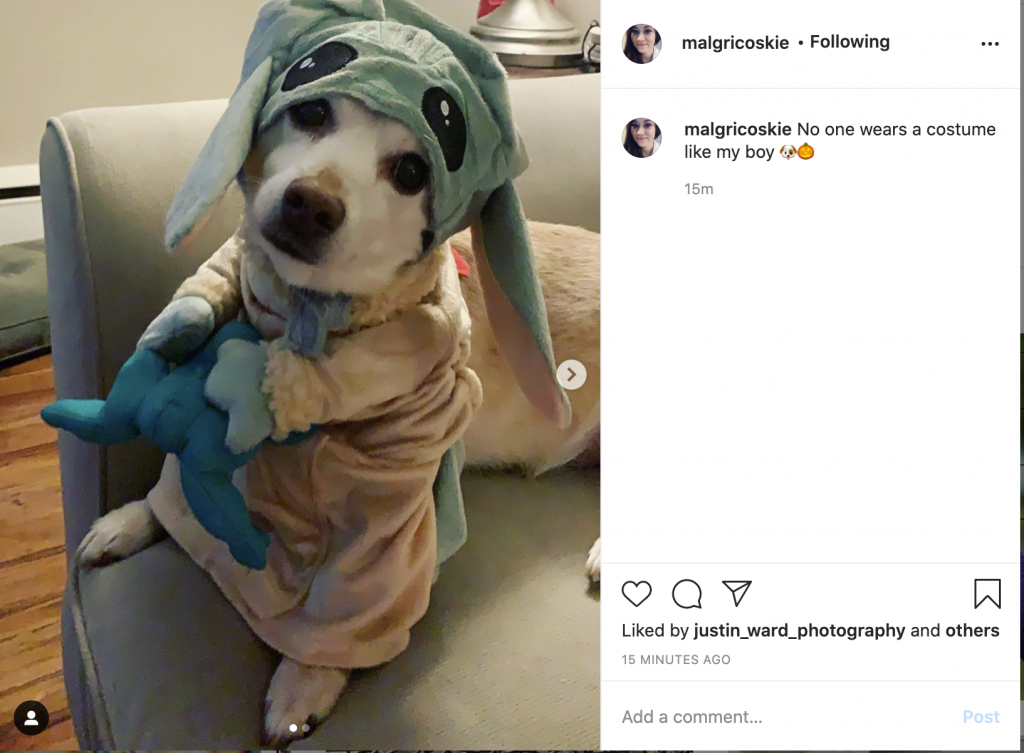 What Goes On.
Gov. Tom Wolf and Secretary of State Kathy Boockvar hold a 2 p.m. briefing on the latest on election-related issues.

Heavy Rotation.
Here’s one from Teagan & Sara for your Thursday. From 2004, it’s ‘Walking With a Ghost.’