See you in court!

It is a threat President Donald Trump and his re-election campaign have lobbed — sometimes verbatim — at states across the country this year.

Last week, the campaign threatened litigation in Pennsylvania if it wasn’t allowed to observe activity inside satellite election offices — access election lawyers say would be unprecedented, even for certified poll watchers. If the campaign follows through with such a lawsuit, it would be the latest in a string of election lawsuits the president and his re-election campaign is involved in.

That there is a staggering volume of election lawsuits this year is not surprising. States have been forced due to the coronavirus pandemic to adjust their election processes, providing a goldmine of material for conflicts and legal challenges from two political parties who even in non-pandemic times routinely argue over what levels of voter access are acceptable and what constitutes voter suppression.

But this year’s spate of election lawsuits have also laid a foundation on which Trump has spewed increasingly outlandish and false claims about voter fraud. His attacks on election integrity have included repeatedly suggesting that he may not accept the outcome of the upcoming general election, which both his political opponents and independent observers are interpreting as a sign the country will face a contested election.

During the first presidential debate on Sept. 29, Trump suggested the upcoming election could be “rigged” or “fraudulent” because of mass voter fraud tied to the increased use of mail ballots, something independent election experts have found time and time again to be virtually nonexistent.

“This is going to be a fraud like you’ve never seen,” said the president, who is trailing Democratic presidential nominee Joe Biden in polls nationally and in key battleground states.

When asked by debate moderator Chris Wallace if he would pledge to urge his supporters to “stay calm … not engage in any civil unrest” and to “not declare victory until the election has been independently certified,” Trump refused. He said instead: “I hope it’s going to be a fair election. If it’s a fair election, I am 100 percent on board. But if I see tens of thousands of ballots being manipulated, I can’t go along with that.”

A week before those comments, during a White House press briefing, Trump similarly refused to commit to “a peaceful transfer of power” should he lose.

“Well, we’re going to have to see what happens,” he said. “You know that I’ve been complaining very strongly about the ballots. And the ballots are a disaster.”

The Healthy Elections Project by Stanford-MIT has identified more than 300 pandemic-inspired election law cases across more than 44 states.

The Democracy Program at the Brennan Center for Justice is tracking nearly 200 cases. Eliza Sweren-Becker, counsel in the program, said the majority of the litigation they are tracking has been filed by groups and individuals who want to expand or protect the right to vote.

The lawsuits include efforts to require prepaid postage on mail-in ballots, expand availability of ballot drop-off boxes, change notary or witness requirements for absentee ballots, lengthen the ballot receipt deadline, or change the curing process undertaken when ballots have technical issues such as missing or mismatched signatures.

The Trump reelection campaign has filed or intervened in more than a dozen of these lawsuits, many of which could affect turnout and results in swing states. The GOP argues that they want to protect the integrity of the election system.

In Pennsylvania, a Trump-filed lawsuit over the number of ballot drop boxes available, the requirements for poll watchers, the mandatory use of secrecy envelopes and other election processes was put on hold by a federal judge in order to allow state courts to settle their election disputes first.

But before that move, Judge J. Nicholas Ranjan ordered the Trump campaign to produce evidence of relevant voter fraud “and if they have none, state as much.” The Trump campaign’s response was more than 500 pages documenting only a handful of voter fraud cases, none of which involved mail-in ballots.

The Trump campaign also attempted to intervene in the state election lawsuit, which was brought by Democrats seeking to expand voter access, but the Pennsylvania Supreme Court ruled the campaign had no standing.

In Ohio, where voters can request no-excuse absentee ballots for the upcoming election, there are numerous lawsuits. Two involve ballot drop-boxes. Democrats challenged a directive issued by the Republican secretary of state Frank LaRose that counties are limited to having only the one dropbox required by state law and cannot install additional drop-boxes for voter convenience.

In their motion to intervene, the Trump campaign and Republican Party argued that allowing more dropboxes could affect the outcome of the election: “The Republican Committees have a substantial interest in potential changes to the ‘competitive environment.’”

A court ruled it was up to LaRose to determine whether counties could install additional drop boxes. LaRose directed that county boards of elections could set up multiple drop boxes at the board offices, but not in outlying areas. After a judge recently dismissed the case, voter rights groups have approached the court again asking for clarification.

In Nevada, Republican Secretary of State Barbara Cegavske made it clear after the state’s all-mail June primary she would deny a request from Clark County (the state’s most populous — and bluest — county by far) to mail ballots to all active registered voters during the November general election.

Nevada Democrats, who control both chambers of the state Legislature and the governorship, responded by passing legislation later in the summer that took the authority to decide out of her hands.

“See you in court!” Trump tweeted after the bill’s passage.

That promised lawsuit was dismissed on Sept. 21 by the U.S. District Court Judge James Mahan, who determined the Trump campaign had no standing to challenge the newly passed bill because their claims of voter fraud and harm to the president’s supporters were “impermissibly speculative” and based on “generalized grievances” and “policy disagreements” rather than evidence.

The judge also noted the Trump campaign had not requested an injunction or expedited review of the case despite filing it roughly two months before ballots would be mailed out. In his dismissal, he wrote: “Plaintiffs ask for a remedy to cure the ‘confusion’ caused” by the mail voting legislation, “yet they have positioned this case for last minute adjudication before the general election.”

Mahan did not speculate on Trump or his campaign’s intent, but others certainly have.

“Trump and Republicans have made their strategy to block access to voting clear, and they’re doing it because their party’s record on every issue from health care to the economy is completely out of touch with Americans’ values,” said Reyna Walters-Morgan, the voter protection and civic engagement director at the Democratic National Committee, in a statement. “Whether through litigation or our on-the-ground voter protection infrastructure, the DNC will fight back against these un-democratic GOP tactics and do everything in our power to ensure every single eligible voter can exercise their constitutional right to make their voice heard.”

“Any effort to throw out ballots or refuse a peaceful transfer of power are nothing less than an assault on American democracy,” read their statement, in part. “There is absolutely no excuse for promoting the intimidation or harassment of voters. These are all blatant attempts to deny our constituents the right to have their voices heard, as guaranteed in the U.S. Constitution…”

“This rhetoric, whether on Twitter or in federal court, is intended to suppress voters, to discourage voters from participating, and to undermine the integrity of the election more generally,” says Sweren-Becker from the nonpartisan Brennan Center. “We should not accept that as a premise.”

Chris Edelson, an assistant professor of government at American University who researches presidential powers, put it this way: “(Trump) is trying to delegitimize the election. He is sending a clear message: If I lose, the election is fraudulent, so don’t believe it.”

Adds Edelson, “This is what authoritarians do. People who don’t believe in constitutional democracy.”

Trump’s baseless allegations of voter fraud aren’t a new development. In 2016, Trump tweeted he would have won the popular vote if not for “the millions of people who vote illegally.” He later baselesly blamed undocumented immigrants. He never acknowledged that Hillary Clinton won the popular vote or that there was no evidence of widespread voter fraud.

It’s one thing to cry foul when you win the presidency; it’s another thing entirely if you lose.

Academics and pundits are already imagining what chaos might unfold if Trump refuses to concede. The groundwork for a contested election has been laid and could usher in a number of unprecedented scenarios between close of polls on Election Day and Jan. 20 when the next presidential term begins.

U.S. Senate Majority Leader Mitch McConnell, R-Ky., and other Republicans have said there will be a peaceful transfer of power if Trump loses, but that still leaves plenty of room for legal challenges on who wins and who loses.

Many have suggested the outcome could ultimately be decided by the U.S. Supreme Court, making the current partisan battle over replacing Justice Ruth Bader Ginsburg with Republican nominee Amy Coney Barrett all the more relevant.

RepresentUS, a nonpartisan nonprofit focused on anti-corruption, calls it a crisis.

Joshua Graham Lynn, the nonprofit’s co-founder and president, argues the country’s democratic ideals have been slowly collapsing for decades — “maybe centuries.” The duopoly of the Republican and Democratic party, open gerrymandering and the influence of big money, among other ethical issues, have eroded voters and nonvoter’s trust for ages.

“What we’re seeing now is the chickens coming home to roost,” says Graham Lynn. “We’ve made our bed and now we have to lay in it.”

If you were to assign American democracy a threat similar to official national security or wildfire risks, Graham Lynn says the country has been a “yellow” or “orange.” But Trump has brought it to a “red.”

“In the history of the United States, we have never, for all intents and purposes, had a president pursuing or threatening an electoral coup. This should be cause for alarm for any American, regardless of party. We are fiercely nonpartisan, but this is the highest seat of the land, using that power to threaten the power of voters in such a blatant and obvious way.”

Tyler Buchanan of Ohio Capital Journal and Stephen Caruso of the Pennsylvania Capital-Star contributed to this article.

When you vote, make the choices that make sense to you | Opinion 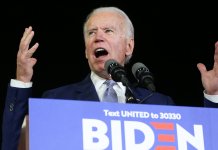 Trump’s rhetoric on election integrity unfolds in courtrooms, tweets | Battle for the Ballot