The reforms sponsored by state Sens. Lisa Baker, R-Luzerne, and Judy Schwank, D-Berks, were included in the omnibus school code bill that Wolf signed last week. Both will be in effect when students return to college campuses for the fall semester.

“This is really a big deal for Pennsylvania and the United States,” Wolf said. He later added, “I want to make sure everyone in the US and the world to know that if you come to college in Pennsylvania, this is a place where you can feel free of the threat of sexual violence.”

A 2016 report from the Bureau of Justice found that one in five women experience a sexual assault on college campuses. The same year that report came out, Pennsylvania created the It’s On Us program, which has provided colleges and universities with a combined $3 million in grants to combat sexual assault.

It was the first state-wide program of its kind in the country. But on Monday, Wolf said there’s more work to be done.

He hopes Pennsylvania’s newest policies “will chip away at the silence that has bred the culture of campus sexual assault.”

The first bill Wolf signed, sponsored by Baker, will require colleges and universities in Pennsylvania to provide online, anonymous platforms where victims and witnesses can report incidences of sexual assault.

The anonymous reports will not be used in investigations. But they can help administrators better understand trends of sexual violence on their campuses, and encourage victims to come forward with formal reports to launch investigations, said Tracey Vitchers, director of the national It’s On Us campaign to end sexual violence.

“This is considered an evidence-based best practice,” said Vitchers, who appeared alongside Wolf on Monday to celebrate the reforms. She added, “you can’t solve a problem if you don’t know the scope of it.”

Vitchers said that online reporting platforms are already in place at colleges and universities across the country.

Victims must still file separate, non-anonymous reports to trigger an investigation by campus police or local law enforcement agencies. Anonymous reports won’t replace that process, but they can expedite it, Vitchers said Monday.

Vitchers said many sexual assault victims struggle to immediately report their attacks, and typically wait 11 months to file a report.

The second reform Wolf signed last week, sponsored by Schwank, will extend amnesty to victims and witnesses of sexual violence, shielding them from campus policies that prohibit underage drinking or drug use.

Wolf said that many college sexual assaults occur at parties with underage drinking. He hopes the reform will encourage victims and eyewitnesses to speak to investigators without fearing discipline.

Pennsylvania’s 2019-2020 budget includes a $1 million appropriation for It’s On Us grants. Wolf said Monday that his administration also plans to roll out a package of reforms this fall, including a measure that will increase education about healthy relationships.

“Pennsylvania has not been immune from this scourge, but we are recognizing it as a problem,” Wolf said. “We need to do more to change the culture that allowed sexual violence become so pervasive.” 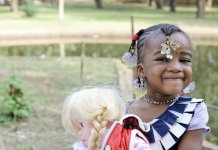 ‘We need to do more:’ Wolf signs reforms to encourage sexual assault reporting on campus