During a budget hearing last month, state Sen. Ryan Aument did something you don’t often see a politician do in public: He admitted that a law he wrote wasn’t working.

Aument, a Lancaster Republican who chairs the Senate Education Committee, revealed during a March 5 hearing with the Department of Education that he’d changed his stance on a key debate in education policy.

The question at hand: whether teacher evaluations — which rate a teacher’s effectiveness based, in part, on their students’ standardized test scores — should account for the negative effects of poverty on students.

Research shows that students living in poverty have lower standardized test scores than their middle-class or affluent counterparts. They’re also more likely to be mobile, which means they’ll experience ruptures in their education as they move from school to school.

Right now, though, those factors have no effect on teacher evaluations, which administrators can use to make decisions about employee furloughs and terminations.

As a member of the state House, Aument helped draft the 2012 bill that created the current evaluation system. A copy of its first page now hangs in a commemorative frame in his Senate office.

The bill was the subject of months of floor debate in the House and Senate. When a proposal emerged to weigh a teacher’s score based on their school’s poverty level, Aument argued against it.

“I didn’t want poverty to become an excuse,” he said Wednesday. “We know there are teachers who have a transformational impact on those students, and I thought it would be useful to identify who they are, what they’re doing, and share those best practices.”

He now says that was a mistake. While the intent of the bill was to “unleash the creativity” of Pennsylvania’s teachers and identify their best teaching methods, Aument fears it’s driven talented teachers away from high-poverty schools.

“Our current system, in my view, serves as a barrier to high quality educators teaching in high-poverty districts,” Aument said at the Appropriations Committee hearing. “Student mobility and poverty should play a role in [teacher] evaluations.”

The second criteria is student performance, which is determined by such factors as standardized test scores and a school’s overall academic performance.

Aument said “unintended consequences” of the system became clear soon after it was implemented in 2013.

Once schools started using the new evaluations, administrators from the Eastern Lancaster County School District convinced Aument that they gave too much weight to student performance, allowing some teachers who had “unsatisfactory” classroom observations to get a “satisfactory” evaluation overall.

In high-poverty schools, meanwhile, teachers with stellar observations felt like they were penalized by students’ low test scores.

These flaws became more acute in 2017, when Pennsylvania’s school code was amended to let districts use the evaluations in decisions about furloughs and terminations.

“At that point, the evaluation became more high stakes for an educator,” Aument said. “Their rating could potentially lead to their dismissal in the event of a layoff, based on their performance.”

Aument doesn’t believe that any teachers have been furloughed or let go based on evaluations they got under the current system.

But one educator said they did breed anxiety among teachers in low-income schools, who felt that no amount of test prep could overcome the effects of poverty.

“When the evaluations turned to test scores, everyone got very scared,” said Jeff Ney, a teacher and treasurer of the Pennsylvania State Education Association.

Ney has taught for 23 years in the Wilkes-Barre Area School District, where poverty rates are almost double the state average. “Everyone was jumping through every fiery hoop we could so kids would be prepped for a test that may or may not impact our evaluations,” he said.

When it became clear to him last year that the law needed to change, Aument convened a working group of educators and superintendents help him draft reforms.

The result is a draft bill that he hopes to introduce to the Senate sometime in April. The new system would give greater weight to a teacher’s classroom observations, making them worth 70 percent of their total assessment score.

The remaining 30 percent of the assessment will be based on student performance. That measure will take into account a school’s population of economically disadvantaged students, using a mathematical equation laid out in the bill.

The reforms are welcome news to teachers in high-poverty schools, where children who come to school hungry or tired may have a hard time focusing in class. Ney said that impoverished districts also have high populations of transient students, requiring teachers to spend valuable classroom time bringing them up to speed.

“Whenever anyone — whether it’s lawmakers or [the Education department] — recognize any of the struggles going on in our schools, that’s good for morale,” Ney said. “When teacher voices are heard that echo what our students need and someone is listening to us, morale will increase.”

Aument is waiting for the Department of Education to build an online test site that will model the new evaluation system based on the equations outlined in his bill. He expects the new model will have a subtle effect on evaluation scores, but will make teachers feel more confident in their assessments.

The effort also has the support of state Education Secretary Pedro Rivera, who said at March hearing that he supports the reforms “wholeheartedly.”

Aument hopes the new evaluations will be in place for the start of the 2020-2021 school year.

As chair of the Education committee, he should be able to move the bill through his committee with ease. He’s hoping for strong support from his Republican colleagues once it comes time to vote.

“I think most members are in agreement that changes are needed,” Aument said in an email Thursday. “Members seem to understand and support the inclusion of a poverty factor, as I outline it and explain my own journey with that particular component.”

Regardless of its fate on the Senate floor, Aument said that amending one of his hallmark bills has offered a valuable lesson in admitting mistakes and being open to revision in policymaking.

“I think we have a responsibility as legislators to constantly have our basic assumptions challenged,” Aument said. “I also think it’s appropriate as legislators to look back on the work that we’ve done and on the legislation we’ve passed to get feedback and make adjustments as needed. And I think that’s what we’re doing here.” 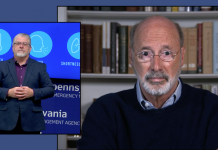