A small rally in favor of cyber charter school funding reform led to a heated debate between education advocates in the state Capitol on Tuesday, the same day the House considered a slate of bills that would impose new regulations on the state’s charter sector.

At issue was the performance of Pennsylvania’s cyber charter schools, which are privately managed but funded by tuition payments from public school districts.

A group of public education advocates had gathered in the Capitol’s East Rotunda to call on lawmakers to rein in public spending on cyber charter schools, saying they say deliver pitiful outcomes for students at a great cost to school districts and their taxpayers.

Using standardized testing data from the Department of Education, researchers found that cyber charter students experienced an average of 106 fewer days of reading instruction and 118 fewer days of math instruction a year than their counterparts in traditional public schools.

That finding has galvanized charter school critics across Pennsylvania, who say that public school districts can deliver a superior cyber education at a lower cost.

“This report is why we are here today,” said Susan Spicka, executive director of Education Voters of PA, an organization critical of charter schools. “We are allowing students to enroll in schools where we know students are not going to graduate from high school and not going to be successful.”

Spicka was joined on Tuesday by locally elected school board directors, who sign off on their districts’ tuition payments to brick-and-mortar and cyber charter schools.

Larry Feinberg, a school board director in Haverford Township in Delaware County, said he struggles to justify payments to cyber charter schools, given that their graduation rates, standardized test scores, and student attendance rates fall well below state averages.

“I’m responsible to my taxpayers, and I don’t see the results [from cyber charter schools] academically or financially,” Feinberg said. “We just get the bills.”

Feinberg and other critics have blasted bills in the state House of Representatives that would impose new ethics and reporting requirements on charter schools, but do nothing to change the way they’re funded. They particularly want lawmakers need to reduce payments to cyber charter schools.

Districts spent an average of $11,306 per student enrolled in a cyber charter school in the 2016-17 school year, according to a survey by the Pennsylvania Association of School Administrators (PASA).

Public school administrators and board directors say the math doesn’t add up. One of the putative benefits of cyber education is that it can be more affordable than traditional brick-and-mortar learning, since cyber schools don’t operate as many facilities and programs as public schools.

That’s what a growing number of Pennsylvania school districts are finding as they open their own in-house cyber options, which allow students to complete their public school’s curriculum online. Those programs can educate students for about $5,000 a year, PASA found — half of what it would cost to send them to a cyber charter school.

“By all the measures we use to damn public schools, these schools are not performing,” said Feinberg. “There’s no accountability, and we’re paying twice a much money as it costs.”

Feinberg and other public school advocates were met Tuesday by a group representing the charter school industry, whose members staged a counterprotest at their rally and competed for the attention of reporters there to cover it.

“That’s just a statistic,” said Tim Eller, an executive at Commonwealth Charter Academy, when Spicka confronted him about the cyber school’s 68 percent graduation rate. “We’re talking about students. How do you graduate them in 12th grade when they’re performing at an 8th grade level?”

Eller, who was an Education department spokesperson during the Corbett era, said that public school students arrive at his cyber charter academy years behind grade level in math and reading. That makes it impossible to evaluate cyber schools based on their test scores, which he said measure “point in time” proficiency on a given subject.

Using its own diagnostic tools to evaluate students, Commonwealth Charter Academy found that two-thirds of its students were at least one year behind grade-level standards for reading and math, Eller said. At the end of a school year, the same diagnostic tools found that students made faster progress than public school students in both subjects.

Other charter advocates say that it’s school choice, not test scores, that motivates families to opt out of public schools.

“[These families] are petrified they’re going to be forced to go to a school district that will not work for them,” Ana Meyers, executive director of the Pennsylvania Coalition of Public Charter Schools, said. “Test scores are not a priority of these families.”

Eller said that the high demand for online education shows that Pennsylvania’s cyber charter schools are working. But Spicka and others say that children are more likely to flounder than flourish in a cyber environment, especially if they don’t have an engaged adult at home.

“That’s not true,” Eller shot back.

That’s fueled tension between charter school and public school advocates, who see themselves competing for greater shares of the state’s basic education funding.

“I’ve been in school choice [advocacy] for 10 years and the rhetoric has never been this bad,” Meyers said. 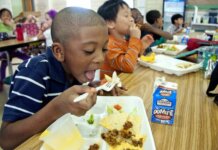 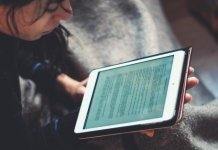