As nearly 2 million children across Pennsylvania return to school this month, thousands will do so from behind computer screens.

Pennsylvania’s cyber charter schools — taxpayer-funded, privately managed schools that offer their curriculum online — enrolled close to 39,000 students in the 2018-19 academic year, according to a Capital-Star analysis of state Department of Education data.

More likely than not, those students come from poorly funded districts where adults have low levels of education, recent research shows.

A study of enrollment trends in Pennsylvania’s cyber charter schools between 2002 and 2014, published in the American Journal of Education, found that poor districts disproportionately funded the state’s cyber charter sector, which reliably produces low test scores and graduation rates for its students.

Researchers David Baker of Penn State University and Bryan Mann of the University of Alabama say the trend jeopardizes public school quality across the state, since the districts losing the most students to cyber charter competitors are also the least able to afford it.

In the face of mounting concerns over charter school funding in Pennsylvania, Gov. Tom Wolf announced in early August a slew of executive actions to increase charter school accountability, including an executive order allowing districts to limit enrollment at low-performing cyber charter schools.

But in both cases, public school districts must pay charters a per-pupil tuition rate for each of their students that decides to enroll there.

The cost of losing one student may be manageable, Baker and Mann wrote in a recent blog post for the Brookings Institution, a Washington think tank. But if enough students leave a public school system, the funding they take with them imperils the traditional public school they leave behind.

The researchers examined the dynamic at play in one real-life school system in eastern Pennsylvania, which they call by the fictitious name Flat Rock School District. The district’s students come mostly from low-income, white families, and it has one of the state’s lowest per-pupil funding levels.

Just three percent of Flat Rock’s students opt for cyber charter schools. But that amounts to an annual loss of more than half a million dollars to the district in per-pupil funding, they said.

“A loss like this leaves a small district with tough choices,” Baker and Mann write. “Cut a teacher and drastically increase class size despite only losing three or four students in a grade? Cut support staff? Extracurricular activities? Art or music? Ironically, the ongoing lack of available resources may have led some families to flee public schooling, compounding the district’s financial woes.”

The online learning centers started cropping up in Pennsylvania in the early 2000s, shortly before the General Assembly codified a cyber charter law in 2002.

The public had high hopes that the internet would transform education, Baker and Mann said. Little data at the time suggested they were wrong.

As a result, the initial wave of cyber charter enrollment was spread more or less equally among different demographics, the researchers found.

Privileged districts — those with robust tax bases, highly educated adults, and well-funded schools — were just as likely to send children to cyber charter schools as disadvantaged communities. But that started to change in the mid-2000s.

In the years that followed, a mounting body of evidence showed that students in online schools learned less quickly and fared worse on tests than their counterparts in brick-and-mortar schools.

But enrollment intensified in places with “economically and educationally disadvantaged” districts — communities with low-paying jobs and low real estate values where few people had college degrees.

The result, according to the researchers? For the last decade and a half, “the most vulnerable and struggling districts lost proportionally the most students along with their per-pupil funding,” they write.

That might not be a problem if cyber charter schools offered a better education, the researchers point out. But study after study shows that they’re not.

One of the reforms Wolf announced this month is an executive order allowing districts to curb enrollment at low-performing cyber charter schools. He also called on General Assembly lawmakers to pass legislation to cap cyber enrollment “until outcomes improve.” Rep. Curt Sonney, R-Erie, has several times unsuccessfully pushed bills that would require parents to pay for cyber charter enrollment when there’s a public school alternative.

These proposed reforms have been, for the most part, rejected by charter school proponents, who maintain that cyber charters are an essential component of a competitive, choice-based education system.

Pennsylvania’s brick-and-mortar charter schools are predominantly clustered in urban and suburban areas, Education department data show. In districts that don’t have that option, cyber school may be the only alternative to a traditional public school education, Ana Meyers, executive director of the Pennsylvania Coalition of Public Charter Schools, told the Capital-Star.

Cyber charter schools are open to all Pennsylvania children, regardless of which district they live in.

“Diminishing cyber charter options directly punishes these families of greatest need,” she wrote in an email.

Advocates like Meyers say the steady enrollment in cyber charter schools demonstrates the demand for public school alternatives in all corners of the state.

But families aren’t drawn to cyber charter schools for educational reasons alone. Parents told The Notebook that an overemphasis on test scores, concerns about safety, and the need for flexibility were all factors that led them to enroll their children in cyber charter schools.

Two public school superintendents who testified at a Senate Education Committee hearing in August, however, said that children in their districts were enrolling in cyber charter schools to avoid bullying or discipline in their brick-and-mortar public schools.

John Zesiger, superintendent of Moshannon Valley School District in Clearfield County, said that many families move into his rural district because it’s close to a state correctional institution. Many of the families with children “will not attend public school because of the stigma associated with a loved one’s incarceration,” and choose to enroll in cyber charter schools instead, he said.

At Everett Area School District in Bedford County, some students and their families choose to enroll in cyber charter schools to avoid accountability, according to superintendent Daniel Webb.

He cited the example of a high school student who was disciplined for smoking on school grounds in 2017. The student, his three siblings, and the student’s girlfriend subsequently enrolled in a cyber charter school, costing the district at least $50,000 per year in tuition payments, Webb said. 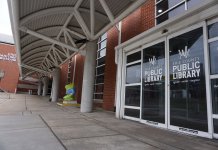 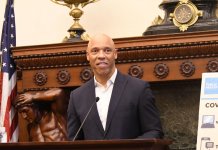 COVID-19 in Philly: School superintendent says school year could be over

COVID-19 in Pa.: We have to ensure care for our caregivers...