Philadelphia’s Black clergy is hoping to secure financial intervention for the high cost of college tuition through a federal forgiveness program.

A proposal recently floated in the U.S. Congress would expand the Public Service Loan Forgiveness program to include those working for faith-based nonprofits, including clergy, who are currently excluded from the program.

Religious leaders provide an “invisible safety net” for community members, especially those suffering from poverty, said the Rev. Jay Broadnax, head of the Black Clergy of Philadelphia and Vicinity and pastor of Mount Pisgah AME Church in Philadelphia.

“When we think about that, we clergy are actually in social service,” he added.

Broadnax joined a clutch of city and regional clergy members inside the Heart of Worship Restoration Center in North Philadelphia on Monday to endorse the proposal alongside U.S. Rep. Brendan Boyle, D-2nd District, the main sponsor of the legislation.

The program, established in 2007, is intended to encourage people to pursue public service by erasing remaining federal student loan balances for qualifying applicants after they have made a decade’s worth of loan payments. The program has strict qualifications and includes only certain public service employers.

The program has come under fire recently for rejecting the vast majority of applicants, undercutting the program’s intended benefits.

Free college? ‘Why not?’ Lawmakers, educators, and students rally at the Capitol

Out of 54,184 applicants to the program last year, a mere 1% (661 applicants) were approved, according to an analysis earlier this year by the independent and nonpartisan United States Government Accountability Office

As talks remain ongoing on Capitol Hill to revise the program, Boyle said his proposal, which Black clergy members in the region brought to him this year, was a first step toward strengthening and expanding the program in order to attract more people to pursue work that directly benefits communities.

“We are the biggest poorest big city in the country,” Boyle said. “We need to incentivize more people to come here and serve on the frontlines of our community.”

The Philadelphia region ranked 6th among metropolitan areas with the highest level employment of clergy members, according to the government data from 2018.

An estimated 970 clergy members were employed earning an annual average wage of $59,090 in the region that includes parts of New Jersey, Delaware and Maryland.

The Rev. Wayne Weathers of Vision of Hope Baptist Church in Jenkintown said he has $51,000 in loans after he earned three degrees since 1999, including a doctorate in ministry; he has little hope of paying them off.

The Rev. Kevin Aiken, who heads Heart of Worship Restoration Center, said he has upwards of $81,000 in tuition loans from earning two bachelor’s degrees, two master’s degrees and a doctorate degree in the last 20 years.

“It’s challenging,” he said. “It can be frustrating because there’s no help or relief.”

The costs of tuition and subsequent loans combined with low salaries has dissuaded some from pursuing the religious life, Weathers said, while many current clergy members seek additional employment to make ends meet.

“We are suffering tremendously,” Weathers said.

“It dispels the fear of those going into ministry,” he said about the proposal. 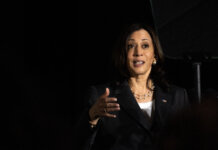 ‘That is how we will lift up our nation’s middle class’: In Pgh, VP Harris touts child tax credit 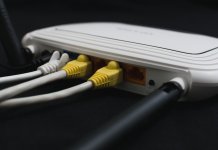 Broadband became unaffordable for some during the pandemic | The Numbers Racket

‘That is how we will lift up our nation’s middle class’:...