PHILADELPHIA — The University of Pennsylvania announced Tuesday that it will pledge $100 million to the School District of Philadelphia, making the private contribution the largest in the  School District’s history.

Penn’s $100 million contribution to the District will be $10 million annually for 10 years. The money will be used to remediate environmental hazards, including asbestos and lead in the public school buildings.

“When Philadelphia’s schools and school children succeed, all Philadelphia succeeds,” Penn President Amy Gutmann said in a statement. “We are proud to be able to partner with our City and School District to significantly improve the learning environment for Philadelphia’s schoolchildren in a way that will have a long-lasting impact on the health, safety, and wellbeing of our entire City.”

“This historic commitment by the University and Penn Medicine will help support a most critical and immediate need that will benefit generations of Philadelphia students, their teachers, and school staff,” Gutmann concluded.

District spokeswoman Monica Lewis said that the district is “very thankful to Penn, Dr. Gutmann, and the board of trustees for the generous gift.”

“Penn has been a great partner of the district for many years and over the years, they’ve always asked what they can do to be helpful,” Lewis said. “This particular initiative will allow for us to be very strategic in how we can address the capital projects for the district.

“The money will be specifically for environmental work, which will free up other money that we have to do other capital improvement work in addition to the asbestos and the lead work,” she added. “This gift will help free up some of the thinking that we’ve had in terms of how to get our buildings to be quality 21st century educational environments for our students.”

The school district currently has an estimated $4.5 billion in unmet capital needs. Since 2018, the District has fully stabilized lead paint in 54 elementary schools, completed work to certify an additional 25 schools as Lead Safe, and invested more than $23 million to complete asbestos-related projects.

In November 2019, the district created an Environmental Safety Improvement Plan that outlined new safety and inspection measures. The district approved $41 million in January 2020 for asbestos testing, abatement, project management, and other remediation resources.

“Every student in Philadelphia deserves the dignity of a safe and welcoming school building,” School Board President Joyce Wilkerson said in a statement. “This tremendous gift will not only help us to ensure these safe spaces for every student, it will free us to direct our focus to investing in a new and compelling vision for school facilities.”

In June, more than 1,100 faculty and staff members at Penn signed a petition calling on the school to make payments in lieu of taxes (PILOTS) that would support Philadelphia public schools.

The petition and the request to meet with trustees at that time was a part of a city-wide campaign coordinated by the Philadelphia Jobs With Justice to establish PILOT agreements between the City of Philadelphia and its largest nonprofits.

“This victory is a testament to the strength of the movement by public school teachers, parents, and students for equitable funding for their schools,” Devan Spear, the executive director of Philadelphia Jobs With Justice, said.

“It’s also not the end of this fight,” Spear added. “The immense wealth inequality and chronic public school underfunding in our city requires a fundamental transformation in the way that wealthy institutions relate surrounding communities.”

At-large Councilwoman Helen Gym, who has pushed for civic institutions to make PILOTS alongside advocates for years, said that the agreement “was long overdue and an important step forward for the City and the School District.”

“I commend the University of Pennsylvania for taking this important first step and targeting its investment into the physical condition of our schools,” Gym said. “They answer a call championed by organizers, activists, faculty and student body members for years.

“I call on other institutions in our city to follow Penn’s lead and to pay a fair share investment in addressing the shameful school funding crisis,” she added. “Investing in our public schools is a lasting investment in our future.”

Over the years, the partnership between the district, the Philadelphia Federation of Teachers, and Penn has invested more than $25 million over the past 15 years in the district’s top-performing Penn Alexander School, providing land for the school, funding for construction, and annual payments of approximately $1 million for operations.

In 2013, Penn expanded its partnership with the Henry C. Lea School, which led to a Penn Graduate School of Education-based liaison on site serving as a partnership coordinator.

Sixteen Penn-affiliated organizations facilitate 37 district partner programs at Lea. Penn’s 12 undergraduate, graduate, and professional schools, led by Penn’s Graduate School of Education, as well as Penn centers including the Penn Museum and Penn Libraries, operate more than 500 activities in 248 schools in every catchment area throughout the District. 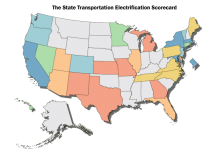