WASHINGTON — A long-simmering feud between U.S. Education Secretary Betsy DeVos and congressional Democrats over student loan forgiveness is heating up as hundreds of thousands of borrowers continue to wait for help on loans they claim were fraudulent.

DeVos narrowly avoided a congressional subpoena earlier this month after a lengthy fight against the U.S. House Committee on Education and Labor.

Her critics in Congress say they still intend to haul her in for questioning over the Trump administration’s controversial loan forgiveness rule, and some lawmakers are pushing an effort to upend her policy entirely.

Nevada Democratic Rep. Susie Lee has been a leading critic of the Trump administration’s reversal of an Obama-era student loan forgiveness policy. In September, she introduced a resolution to overturn DeVos’ rule.

“Student loan borrowers deserve financial protection when they are defrauded or cheated by their schools — it’s as simple as that,” Lee said in a statement. “The original 2016 Borrower Defense Rule was a commonsense policy meant to level the playing field between students and the predatory colleges taking advantage of them. But Secretary DeVos’s new rule makes the process of applying for and granting borrower defense forgiveness unnecessarily difficult and burdensome for the students who we are supposed to be protecting.”

U.S. Reps. Mary Gay Scanlon, D-5th District, and Susan Wild, D-7th District, have joined the House effort. U.S. Sen. Bob Casey, D-Pa., is among the Democratic members of the Senate who have jumped into the fray.

Scanlon introduced loan reform legislation of her own with U.S. Rep. Ilhan Omar, D-Minn., in October. In a statement at the time, the two lawmakers said the 45 million Americans struggling with student loan debt needed all the help they could get from Washington.

Wild had her bill aimed at simplifying student loans moved out of the House House Education and Labor Committee in late October. in a statement at the time, the Lehigh Valley lawmaker said “The runaway cost of college has left low-income and middle-class families behind.”

The overall Democratic effort to overturn the Education Department’s rule is unlikely to pass the GOP-led U.S. Senate, however. Even if it did, it would almost certainly face a veto from President Donald Trump.

A congressional standoff with DeVos on the issue reached a tipping point in mid-November, when U.S. House Education and Labor Committee Chairman Robert Scott, D-Va., was so frustrated by the Education Department that he was prepared to subpoena DeVos to force her to testify and to get more information.

On the eve of that subpoena, the Department of Education agreed to hand over department records on the issue.

The committee then cancelled a Nov. 19 hearing they had scheduled on the student loans, so staff could review the new information. Democrats are still planning to bring DeVos in to testify before the full committee, potentially on Dec. 12, according to the committee.

“For the past year, we have been asking the Department to explain why they are refusing to provide debt relief to more than 210,000 defrauded borrowers,” Scott said in a statement. Scott said he and his staff would “closely review” the new documents from the Education Department and discuss them with DeVos.

The controversy revolves around federal student loans of borrowers who say they were defrauded or misled by their colleges and universities.

As of June 2019, there were more than 210,000 borrowers waiting for the government to process their claims, according to federal data.

“It’s been kind of an ongoing saga, and it is important because there are tens of thousands of students whose lives, financial lives and otherwise, are at stake here,” said Antoinette Flores, who has been tracking the issue as an associate director for Postsecondary Education at the Center for American Progress. “They are just getting neglected because of a policy fight and policy failures.”

At the center of that policy fight are DeVos and House Democrats.

Scott recently released a six-page memo detailing 80 different attempts at correspondence with the Department on the borrower defense rule, dating back to October 2018.

For its part, the Education Department says it has been responsive to the committee’s demands.

Last week, they sent Mark Brown, the retired U.S. Air Force major general tapped to head the student loan office, to brief committee staff. The department gave documents to the committee on the eve of the subpoena.

But even those documents are insufficient to answer congressional questions, according to a Democratic aide for the committee. They are working to get more information from the Education Department.

The “borrower defense” rule dates back to 1995, when it was listed as a consumer protection.  But it was rarely used until claims began to pile up from students who had been enrolled in defunct for-profit colleges. Three major for-profit universities have closed recently: DeVry, ITT Tech and Corinthian.

Almost all of the petitions have come from students who were enrolled in for-profit colleges, according to an analysis from The Century Foundation, a progressive think tank. The number of claims has escalated as some for-profit colleges have shut down or come under law enforcement investigations.

“This issue has been going on for a long period of time without any resolution, and the number of claims just keeps growing and growing,” said Flores of the Center for American Progress.

The first big spike in claims came after the closure of Corinthian Colleges, which the Consumer Financial Protection Bureau and several state attorneys general had investigated.

A federal court ruled in 2015 that Corinthian had engaged in deceptive lending practices, advertising fake job prospects and career services from the school. The company filed for bankruptcy. Thousands of students asked the federal government to forgive their loans, saying they had been based on false promises.

In response, the Obama administration rewrote the borrower defense rules to set up a system for loan forgiveness in cases of institutional misconduct. The Education Department finalized that rule in October 2016, just months before Trump would take office.

When DeVos took the helm of the agency, she said she wanted to rewrite the Obama-era rule, which she thought was too lenient.

DeVos had to sign off on about 16,000 claims from Corinthian students that the Obama administration had approved but not finalized before the inauguration. She wrote three words in the comments: “with extreme displeasure.”

DeVos said students need protection from predatory practices, but schools and taxpayers should not necessarily be on the hook for all of it.

The Trump administration stopped processing new and pending claims and started work on new regulations. Meanwhile, student advocacy groups sued the agency for inaction. But as the battle works its way through the courts, the pending claims are still awaiting response and it is unclear when or how the department will process them.

The Education Department finalized its new regulations last August to oversee the process for future claims. Under the revised rule, students can still seek repayment regardless of whether their loan is in default, but it adds some requirements for repayment for future claims.

DeVos said it would correct the Obama-era regulations “through common sense and carefully crafted reforms that hold colleges and universities accountable and treat students and taxpayers fairly.”

Allison Winter is a Washington D.C.-based correspondent for the States Newsroom Project. 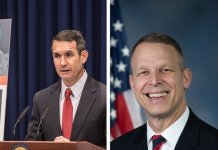 A look at Pa.’s 10th Congressional District – and what the June primary results tell us about the race | Analysis