Pennsylvania students will not see larger scholarships in the fall, but those enrolled in online courses will be eligible for the same amount of aid as students who attend classes on campus.

The governing board at Pennsylvania’s student loan agency voted Thursday to tweak an existing grant program to provide the same financial aid eligibility considerations for students who choose to enroll in distance education.

The changes to the Pennsylvania Higher Education Assistance Agency’s 2020-21 grant program also caps the maximum grant award at $4,123 for the fourth consecutive year.

The deadline to apply for a grant was extended from May 1 to May 15, and during that extension, PHEAA added more than 21,000 additional FAFSA applicants for the state program.

“We were rewarded with a large number of people applying, understanding that [students’] decisions for the fall were still up in the air,” said state Rep. Mike Peifer, R-Pike, the chairman of PHEAA’s Board of Directors, which authorized the change. “It’s been a struggle here just trying to navigate what numbers we have and what we can give to our students and families.”

PHEAA’s Board of Directors temporarily eliminated this distinction at a March meeting and voted Thursday to remove it for the upcoming school year.

The State Grant Program will cost $325 million. And the state budget, which is awaiting Gov. Tom Wolf’s approval, will allocate $310.7 million, the same amount as last year.

The PHEAA board approved an additional $15 million in order for the program to maintain the $4,123 maximum award a student can receive. This supplement is funded entirely by the agency’s business operations, according to a statement.

Board member Chancellor Timothy R. Thyreen, from Waynesburg University, said at a Thursday PHEAA teleconference that before the coronavirus outbreak hit the state, he was encouraging the agency’s board to support Gov. Tom Wolf’s proposed 2020-21 budget, which provided a $29 million increase to the State Grant Program. This would have increased the cap on the annual state grant to $4,700.

“With the difficulty of COVID-19, our committee, with thoughtful deliberation, is recommending that we adopt a formula that maintains the current maximum level for $4,123 instead of the $4,700 we had recommended to the governor,” Thyreen said.

Taking into consideration family resources, tuition costs, enrollment and available state funds, this new formula will be used to calculate “conditional funds” to students, according to a statement from PHEAA, which is subject to change through ongoing state budget negotiations.

“…the state commonwealth budget is very fluid,” Peifer said. “The House did pass a budget, and that budget flat-funded the grant program … If we as an agency are able to contribute $15 million to that grant program, then students will be held harmless, same as last year, and we can meet that $4,123 threshold that we’ve maintained for a number of years now.”

Thyreen said PHEAA will not announce awards until the state budget is finalized.

PHEAA spokesperson Keith New said in February that he hoped to raise the cap on state grants for the 2020-21 school year, requesting a 9.7 percent increase in state budget appropriations.

Pennsylvania falls far behind other states in financial aid for higher education, size of student-loan debt, and college affordability, according to the Associated Press. From 2010 to fall 2019, enrollment fell 20 percent among Pennsylvania’s public universities, and with the looming pandemic, enrollment is not projected to improve this year.

This $325 million in financial aid does not include federal money from the Coronavirus Aid and Economic Security act, or the CARES Act.

The state House Appropriations Committee advanced a plan Thursday on how to spend the $2.6 billion in federal coronavirus relief money, which includes $37 million in various higher education costs. 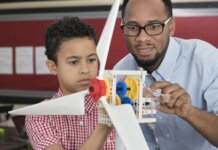 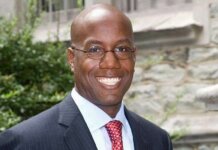 by Julia Shanahan, Pennsylvania Capital-Star
May 28, 2020