Pennsylvania Attorney General Josh Shapiro and and alumni are questioning the legality of the Lincoln University Board of Trustee’s recent vote to not renew the contract of university president Brenda Allen.

Alumna Rosalie Hornbuckle (class of 1983) said in an email she believed the board violated the state’s Sunshine Act (the open meetings law) by voting on Allen’s contract in an executive session and “stifling public comment” during the public portions of its Friday evening meeting.

Hornbuckle also said she believed the board violated the university’s bylaws when it did not allow five recently appointed members to participate in the meeting and vote on Allen’s contract.

The Lincoln University Board of Trustees has 27 members, but the board chairwoman counted the votes of only 21 members. Approximately 52% of the voting members voted against renewing Allen’s contract and 48% voted in favor, the chairwoman of the board reported after a nearly four-hour executive session.

Shapiro told the Tribune on Monday that he was “concerned about the action taken at Lincoln University” and his office is “assessing our next step.”

Allen’s contract expired on June 30, but she continues to perform her duties as university president, said her attorney, Riley Ross III.

“The Board of Trustees is trying to interfere with her doing her duties and we’re not going to stand by and let them do that,” Ross said. “We’re taking action to prevent that from happening.”

Ross said Allen is “worried about what this decision is doing to a school in a time when they can’t afford to have the leadership of the school in confusion or turmoil.”

Allen remains focused on Lincoln University and “making sure that the school is in the best place to respond to this pandemic,” Ross said.

Still, the board of trustees is moving forward with its search for an interim president.

An announcement on Lincoln’s website says the board is looking for an interim president who has “extensive experiences in higher education and a strong background in business, finance, and entrepreneurship.”

“We seek an innovator who will help us forge a new vision that builds upon the traditions of a liberal arts education, while driving innovation to meet the demands of today and tomorrow,” said trustee James Jordan in a written statement.

“These qualities are essential to taking our university to the next level.”

Board members have not indicated why some sought to remove Allen from her post, or explained why several members were not allowed to vote in the meeting.

The board of trustees appointed Allen, a 1981 graduate of Lincoln, the university’s 14th president in July 2017.

During Allen’s term, first-year student retention rates and four-year graduation rates improved, as did the university’s standing in national rankings. She successfully led efforts to get the university’s accreditation reaffirmed in 2019.

Hornbuckle said the outcome of the board of trustees meeting left her feeling “embarrassed and saddened for Lincoln students.”

“I’m concerned for the viability of our alma mater and distraught at the thought of losing our faculty who have dedicated their lives to the service of Lincoln and shaped so many of us,” Hornbuckle said.

A group of students, faculty and other staff plan to hold a rally and march in support of Allen on Saturday on campus. 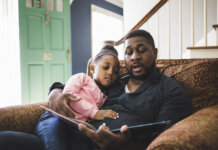 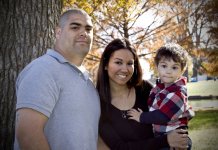