Public health experts all agree that there’s no such thing as a safe level of lead exposure for children.

But new state data show that thousands of children across Pennsylvania have likely been exposed to the toxic metal in their school drinking water.

Water at more than 100 buildings in 32 school systems across Pennsylvania had unsafe levels of lead in the 2018-2019 school year, according to a list the Pennsylvania Department of Education published in late November.

From center city Philadelphia to rural Jefferson County, the test results forced school officials to replace plumbing fixtures, disable drinking fountains, and distribute bottled water to protect students and staff from contamination, according to reports they submitted to the state.

“This really is an issue that criss-crosses Pennsylvania — rural, urban and suburban,” said Chris Lilienthal, a spokesman for the Pennsylvania State Education Association, a union representing 187,000 educators. “Lead in schools is a huge health concern.”

Even in low concentrations, lead exposure can have disastrous, permanent effects on a child’s physical and developmental growth. It has been linked to nervous system damage, learning disabilities, impaired physical growth and hearing, according to the U.S. Environmental Protection Agency.

Before scientific research made its dangers apparent in the 1970s, lead was a common component of house paint and pipes. It remains an environmental hazard in old buildings and plumbing systems across the United States.

Even so, the state does not require universal lead testing in homes or schools.

The Department of Education only began collecting school-level lead data last year, thanks to a 2018 law requiring schools that conduct water quality tests to disclose their results to the state if they detected elevated lead levels.

Those schools also have to tell the Education department their remediation plan — the steps they’ll take to ensure students and staff aren’t exposed to toxic water.

Others, such as Douglass Elementary School in Philadelphia, had to take more drastic action.

Douglass, which belongs to Philadelphia’s Mastery Charter School network, had the highest lead level of any building in the state that reported to the Education department — 3,750 parts per billion, or 250 times the state’s limit.

Administrators at Douglass shut off all the school’s water fountains and brought in bottled water for students and staff, according to state data.

As WHYY-FM reported in November, school officials did not immediately notify parents when they found the contamination.

Philadelphia has garnered widespread media attention for the derelict state of its school buildings.

In rural Jefferson County, administrators at Jefferson County-DuBois Technical School found lead levels ranging from 160 to 400 parts-per-billion at two locations — up to 25 times higher than the state limit. They alerted students and staff by posting “Do Not Drink” signs above water fountains, according to the remediation plan they submitted to the state.

At a school for autistic children in Lehigh County, administrators replaced an aerator after testing revealed lead concentrations of 540 parts-per-billion.

And in the suburbs of Lancaster, students and staff at the Fairland School in the Lebanon-Lancaster Intermediate Unit were supplied with bottled water after test results showed low amounts of lead. The school was still replacing parts of its plumbing system in November.

Pennsylvania’s limit for lead is 15 parts-per-billion — a standard that aligns with the one set by the U.S. Environmental Protection Agency.

But public health experts say lead can have disastrous health effects at much lower concentrations.

“No level of lead is safe,” Stephanie Wein, a water quality expert at the environmental organization PennEnvironment, told the Capital-Star. “[Pennsylvania’s] limit is far too high.”

The data submitted to the Education Department suggest that some schools are taking it upon themselves to enforce more stringent standards.

Roughly a quarter of the schools that reported lead contamination to the Education Department last year fell short of the 15 parts-per-billion threshold.

Some schools that found traces of lead decided to re-test their systems before taking further action. Others decided to move ahead and replace plumbing fixtures.

Officials at North Penn High School in Montgomery County, for instance, found lead levels up to 4.7 parts-per-billion in October, data show. State law didn’t require them to report the test or make a remediation plan, but officials say they replaced a water faucet anyway.

Teachers unions such as PSEA say lawmakers need to provide more education funding if they want to eradicate lead in Pennsylvania’s schools.

According to Lilienthal, that means reviving the state’s special fund for school facilities, which used to reimburse districts for construction projects and emergency repairs.

Lawmakers allowed the fund, widely known as Plan-Con, to dry up in 2015 during a protracted budget battle.

Wein, the water quality expert, said it’s hard to estimate the cost of universal lead testing and remediation in Pennsylvania. But whatever the final bill may be, she said, the price of inaction is far greater.

“We are causing permanent harm to our children’s behavioral and intellectual potential,” Wein said. “By not fixing this on the front end, we pay a cost for well-being, quality of life, and economic productivity and health in the long run.”

Pa. has a State Plan on Aging? Here’s what you need to know about this important document | Ray E. Landis 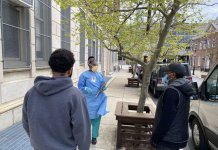 Map: 100 Pa. schools found lead in their drinking water. Here’s how they responded.