The issue of whether the school board should raise property taxes on this Lebanon County community’s approximately 3,700 homeowners has become a yearly ritual.

The board has voted to raise taxes on those same residents seven times in the last eight years, according to PA Schools Work, a coalition advocating for public schools in Pennsylvania.

And with jobless claims and unemployment benefits surging during the pandemic, residents are tiring of the district coming back and asking for more.

This year, the decision on whether to raise property taxes felt different.

One resident, Casey Long, decided to take matters into his own hands.

Long started a GoFundMe fundraising campaign to raise money for the school district in an attempt to stave off a property tax hike. Long reported he had raised $1,755 at the June 25 board meeting out of his $500,000 initial goal — $500 of which came from himself. The GoFundMe has since been taken down from the website.

Ultimately, the board voted 4-4 with one abstention against accepting the funds, citing a board policy requiring prior approval for any district-associated fundraiser. The property tax hike of 1.84 percent was approved on a 5-4 vote.

Long said the GoFundMe “brought out the very worst” in the community when “the angry mob assembled and attacked on social media” those who supported the fundraising efforts “in a sad and failed attempt to have the campaign taken down.”

“Alas, the silent majority will have their say… not on the streets, not on Facebook, not on the Zoom school board meeting. They’ll make their anger known at the ballot box… That’s where we’ll all find out whether a majority of our community members really support raising property taxes in these unprecedented times,” Long said at the June 25 school board meeting. I’m fairly certain they don’t.”

But Long isn’t an ordinary resident.

Casey Long served as director of policy and legislative affairs for Senate President Pro Tempore Joe Scarnati, R-Jefferson, and worked in the Pennsylvania Senate for 14 years. The insider website PoliticsPA referred to Casey Long  as “the conservative pulse of the Senate GOP Caucus.”

In Pittsburgh, advocates want cops out of schools

Casey Long now works with his father as a registered lobbyist at the Long, Nyquist and Associates lobbying firm. He is also the chair of the Lebanon County Republican Committee.

Casey Long’s status as a deeply tied member with Pennsylvania Republicans, who by and large have shaped the school funding policy that has led to the state’s ranking in the bottom fifth in the country in terms of school funding distribution, has come under scrutiny while he solicited contributions to avoid a tax hike that would benefit Palmyra schools.

During the school board meeting, resident Dave Laudermilch called out the irony of soliciting donations while opposing a tax hike — which would cost the average Palmyra homeowner an additional $50 to $60 next year.

“I think the problem Casey has is he comes on this meeting, and he tries to shame the people of Palmyra into donating to a charity,” Laudermilch said. “And that’s sad, that that’s the approach you have to take.”

Long responded to the developments in a statement, in which he said he is speaking as a parent and not a registered lobbyist. He said since the board has not accepted the funds, all donations will be refunded.

“I believed a fund comprised of donations from those in an economic position to contribute to be a preferable alternative to raising property taxes in the middle of a worldwide pandemic and historic economic recession,” Long said. “Had everyone who had stated they publicly supported a tax increase donated, we likely could have been successful and our seniors, disabled and unemployed residents would not be forced to pay more during these unprecedented times.”

Long, Nyquist and Associates lists the Pennsylvania State Education Association as one of its clients.

David Broderic, a spokesman for the PSEA, said Casey individually does not lobby for the PSEA. Broderic said the way in which Casey went about attempting to raise money for a school district is “certainly the exception rather than the rule” since districts prefer stable, predictable sources of revenue.

“What [Casey Long] does on his own time represents his interests, and not PSEA’s,” Broderic said.

Hannah Barrick, the assistant executive director of the Pennsylvania Association of School Business Officials, also said she’s not aware of raising funds for school districts in this manner being a common practice. While foundations or fundraisers may work for a one time expenditure, ongoing expenditures require a more stable source of funding.

“That’s why I think school districts really have to be really thoughtful — as fantastic as it is, willing to raise funds — I think in terms of trying to use those to plug budget holes, that might not really be a great financial decision unless you’re using it to offset a one time expenditure,” Barrick said.

Broderic referenced a recent report finding Pennsylvania school districts could face $1 billion in lost revenue. He said with school districts limited by state law as to how much they can raise property taxes on their own, many are in tough spots.

PA Schools Work data found Palmyra currently spends the least out of any of the 500 school districts in Pennsylvania and would need $9 million more in state funding to be considered fully funded.

The Broader Debate over School Funding

Susan Spicka, the executive director of the progressive advocacy group Education Voters of PA, said her primary concern is the state not providing enough funding for public schools. But moves such as Long’s to raise funds for teachers through a charity site — “a new low,” Spicka said — only hurt students more.

“It undermines the whole idea that public school is a public good and that when kids get a good education they graduate and become productive citizens,” she said. “When we fund our schools, we fund our future, and this idea that this funding would come from charity on a whim and that even the fact that that is possible just undermines the whole idea that we have an obligation to children.”

Spicka said since the Pennsylvania Constitution guarantees a “thorough and efficient system of public education,” the state has an obligation to pay for education for students.

“To tell people you shouldn’t pay these taxes and a charity should fund it instead is sinister and it’s absurd,” she said.

“All of you have been so vocal in your willingness to pay more for your children’s education had the opportunity to avoid hurting these vulnerable members of our community by donating to the fundraising campaign,” Long said at the June 25 school board meeting.

Spicka said the real issues are that the state doesn’t fund special education or charter school tuition increases, and that millions leave the state’s public school system every year for charter schools.

The Legislature could solve this, she said, by returning taxpayer dollars to school districts, which in turn would soften the blow on property taxes.

Currently, 70 percent of Palmyra’s school funding is provided by local taxpayers — which ranks near the median of the revenue Pennsylvania school districts receive through local tax effort.

Instead of slowing the flow of money leaving public schools in favor of charter schools, following the revisions in school funding formulas in 2011, “a lot of schools today look nothing like they did” then, Spicka said. She cited a lack of aides in elementary schools, a lack of special education teachers and an inability in some districts to offer Advanced Placement courses.

Now, with school costs potentially increasing like they never have before as districts prepare to open in September under increased cleaning, technology and transportation burdens brought by COVID-19, Spicka said “we’ve reached a tipping point.”

Jordan Wolman is a summer intern for the Pennsylvania Legislative Correspondents Association. 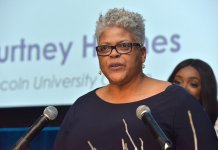