Donna Frisby-Greenwood, president and CEO of the Fund for the School District of Philadelphia, said she hopes students take full advantage of the computers.

“I want them to start connecting with their peers and teachers,” said Donna Frisby-Greenwood, President and CEO of the Fund for the School District of Philadelphia. “I want them to work hard, get their work done, and don’t fall behind. If you have questions, reach out to your teachers. I want them to read as much as they can and continue to prepare for next school year.”

Schools have been closed since March 13. District officials originally planned to have students learn remotely, but halted graded instruction because many students did not have access to computers or the internet at home.

“We started to talk to some of our donors and also people who have not been donors with us in the past about helping us with purchasing Chromebooks,” Frisby-Greenwood said. “The district stressed the need for these materials as well as the urgency to obtain it, so we wanted to do what we could to help assist them with that.”

The School District of Philadelphia Board of Education initially authorized district officials to spend $11 million to buy Chromebooks for students.

A little more than $7 million came from donations from local companies and organizations: $5 million from the Aileen and Brian Roberts Foundation, $2 million from Philadelphia Sixers owners Josh Harris and David Blitzer, $100,000 from Bank of America and $25,000 from Crown Castle. District officials could not say how much came from district finances.

“When we heard that many Philadelphia students weren’t going to be able to learn from home without laptops, we quickly decided we wanted to help and provide these teachers, parents and students with the technology they need to begin learning online within just a few weeks,” said Aileen and Brian Roberts in a statement. “In good times or bad, now all of our Philadelphia students will have access to technology to help them succeed.”

“We do realize that despite these internet offerings, some families may still have a hard time accessing Wi-Fi,” Frisby-Greenwood said. “Roughly 15 percent of families, some of whom may live in homeless shelters, would not have access to Wi-Fi. The District may have to purchase mini hot spots in order to give those families in need internet access, which can be expensive. The Fund may be helping the District with this issue as well.”

Remote learning on previously covered material and enrichment using the Chromebooks will start Monday. A week later, teachers will lead new lessons and introduce new material. District officials are still discussing what will happen with the Chromebooks once school ends on June 12.

“As far as recovering the Chromebooks, we’re still in the process of figuring that whole process out,” said district spokeswoman Monica Lewis. “We’ve been having discussions, so we should have a better idea soon of what that process would look like as far as whether students will keep them going into the next school year or not.” 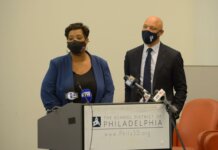 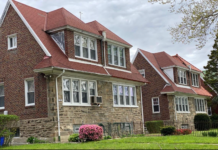 COVID-19 in Philly: Donations covered most of the cost of Chromebooks for Philly students